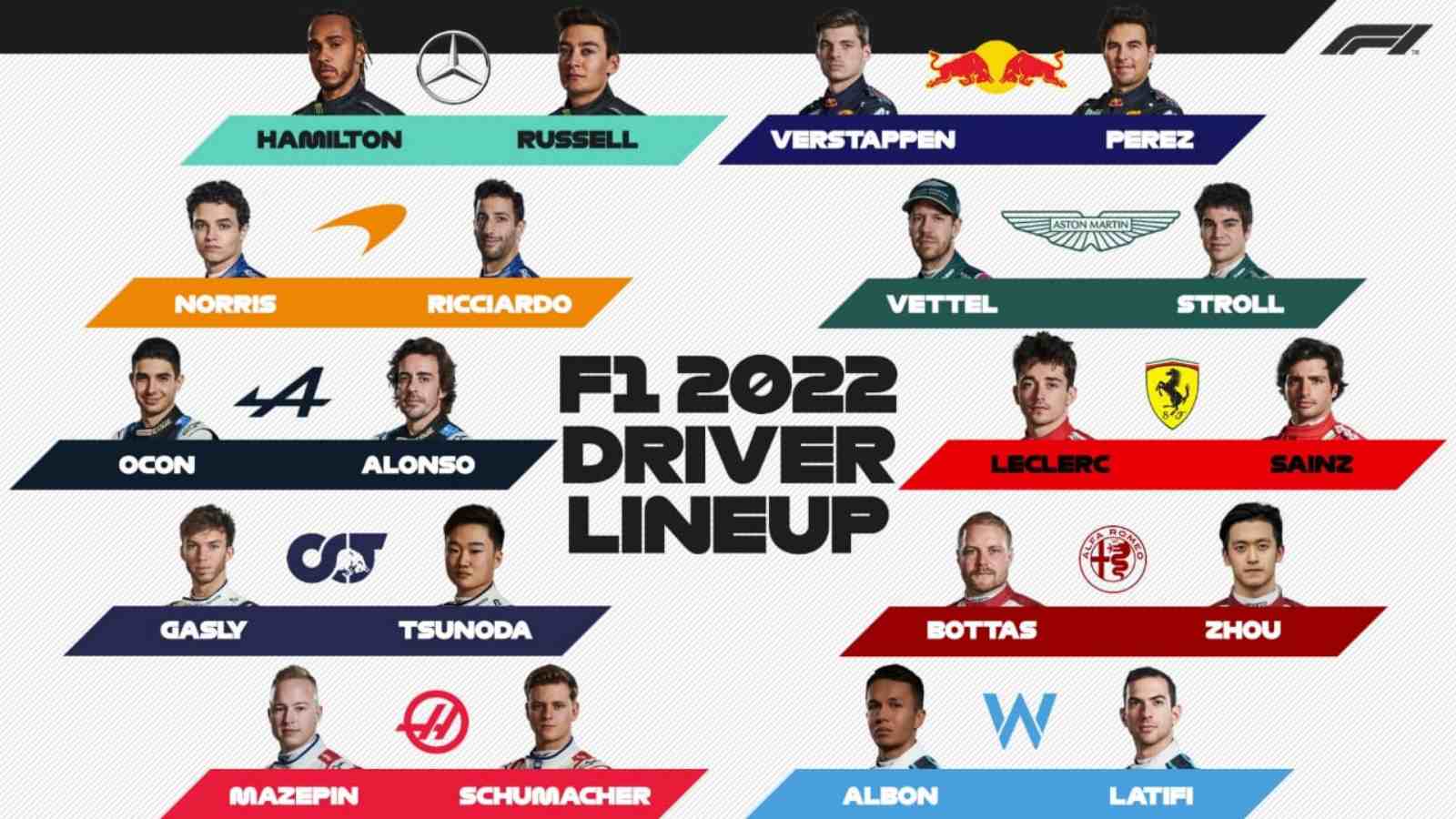 The 2021 Formula1 season was full of nerves for those drivers who were in their final season for their respective teams, well some renewed their contracts there were also a few drivers like Antonio Giovinazzi, Kimi Raikkonen who have parted ways with the Formula1 family.

The grid for the 2022 season is fully set but there are a few drivers who would be going into their final season for their respective teams. With the help of wtf.com we are going to take a look at the drivers whose contract is expiring at the end of the 2022 Formula1 season.

The former racing point driver Sergio Perez is heading into his final season of Formula1 as per the deal that he signed with RedBull. He was signed on a 1-year deal but during the season RedBull opened talks with him and decided to extend his contract for another year. He had a solid season for RedBull as he finished P4 in the driver’s championship and played a key role in Max winning the title.

The current Ferrari driver Carlos Sainz signed a deal with Ferrari at the start of the 2021 season and signed with them on a contract of 2 years. As per his current deal, he is also one of those who is going into their last season with the team. Given he has performed exceptionally well for Ferrari in the 2021 season, he would be looking to carry forward that form into 2022 and make sure that he can get a new deal at Ferrari.

He is another on the list who is going into his last season with his team. But as far as Pierre Gasly is concerned it is quite certain that he will continue in Formula1 with Alpha Tauri as he is the leader of that team and during the 2021 season he performed exceptionally well for them. It would be in Alpha Tauri’s best interest that they can secure him early because he is a hot property at the moment and there would be teams who would want to swoop him away from Alpha Tauri.

The young Japanese driver is also into his last season as he was renewed with the Alpha Tauri for another season. The experts were not impressed with his season and were even more surprised when news broke out that he signed a new 1-year deal. If Yuki wants to make sure he is in Formula1 after the 2022 season, he has got just one choice and that is to deliver for the RedBull sister team Alpha Tauri next season otherwise it could prove to be the end of the line for Yuki Tsunoda.

The current Alpine driver’s deal is also coming to an end after 2022 but recently he has said that he would like to continue in Formula1 for two or three more years. If Fernando is looking to continue, then he has to show the same form that he showed during the 2021 season as there is a young driver named Oscar Piastri who is waiting in the wings if an opportunity presents itself. The Alpine academy driver has signed with the AlpineF1 team as the reserve driver for the 2022 season.

The current Williams driver is the last man on the list as his deal is also set to expire at the end of the 2022 season. He had a very decent 2021 season for the Williams team and if he wants to continue, like every other driver he has to perform and show the Williams team boss Jost Capito that he is the man to carry the team into the future.