The 2021 season of Formula 1 was a season to remember where Red Bull’s Max Verstappen gave F1 fans his greatest F1 season behind the wheels ending the dominance of Mercedes 7 times world Champion Lewis Hamilton, overtaking him in the last lap of season finisher in Abu Dhabi with help from safety car controversy and un-laping decisions from race director Michael Masi. Lewis Hamilton lost the chance to secure his 8th world title which would have made him the driver with most number of championship to his name.

Nico Erik Rosberg, the German-Finnish racer who retired after his maiden Formula One World Championship in 2016 for Mercedes-AMG Petronas Motorsport. Nico Rosberg had a similar situation that of 2021 where he had to finish in top 3 to beat Lewis Hamilton in Abu Dhabi GP to the championship which he did so finishing P2.

Find out what Nico Rosberg said

Nico Rosberg expressed the pain he felt when Lewis Hamilton lost the title to Max Verstappen the way it happened even though he doesn’t have anything to do with Mercedes now. Nico Rosberg also said his ‘family from before‘ were 99% sure they were going to win the title until the last 3 laps and said they were helpless with a 50-lap old tyre on that instance.

“I felt pain, incredible pain. I don’t have anything to do with Mercedes now, but of course it’s my family from before, and an incredible pain,” said Nico Rosberg

“They were 99% sure they were going to win the World Championship until there were three laps to go. After losing it, and losing it in a fight like that, where they couldn’t do anything because the tyres had 50 laps on them…unbelievable pain,” Nico Rosberg explained.

“It’s a shame it ended up like that with a bit of a strange decision by the FIA,”

“From the very first moment we had an amazing year of Formula 1,” Nico Rosberg said.

“It was great fun to watch on TV, the fight between Hamilton and Verstappen was phenomenal. They are the two best drivers in many years, Verstappen will be champion many times, the two of them meeting in every race was phenomenal,” Nico Rosberg added.

Nico Rosberg said that he understands Formula 1 is in a difficult situation because they fight and do everything on the limit but explained that the FIA should do a good job for 2022 to avoid situations with doubts like in 2021.

“Of course, Formula 1 is in a difficult situation because they fight and do everything on the limit and the FIA also now has to calibrate and adjust,” says Nico Rosberg.

“They have to do a good job in the winter to improve and make everything more square because we have to avoid situations with doubts,” Nico Rosberg explained. 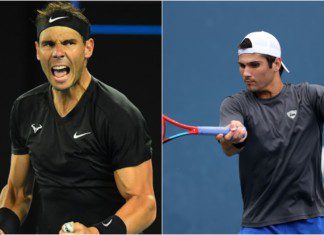