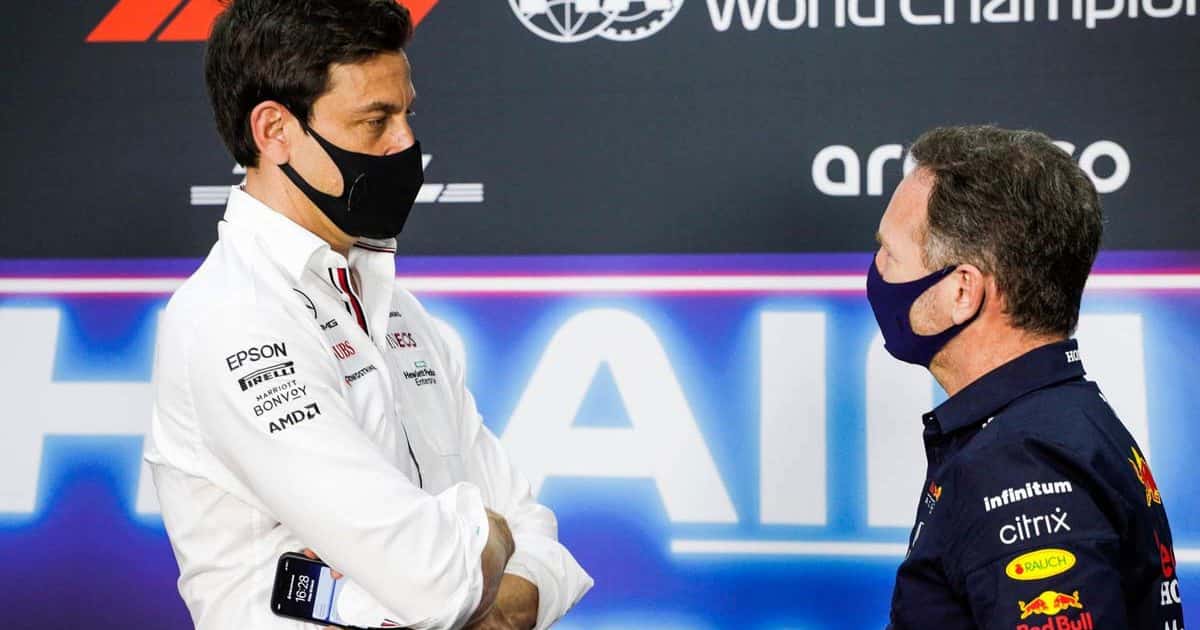 As thing turned out, red Bull proved to have an exciting race in Istanbul against all odds.  With Valtteri Bottas claiming the numero uno spot on the podium, it was Max Verstappen and Sergio Perez who completed the podium. With this result Red Bull are now 36 points behind Mercedes and Christian Horner is quite happy with the performance of both his drivers.

However, Horner does have concerns about Mercedes’ top speed. “He raced Lewis as hard as Max does. You could see Lewis pushing him wide and almost into the pitlane and then from there Checo stayed with it and it was a drag race,” Horner said in an interview with Sky Sports.

The Mercedes engine seems to have made a big step up since the British Grand Prix. Horner pays some attention to it after the Turkey GP. “If you look at the straightline speed of Lewis today. He was 15 to 20km/h up after the kink of the straight. We need to find a little bit of speed. Maybe they were running a different configuration.”

Red Bull has in any case asked the FIA to be sharp in making sure everything does take place within the regulations. “Just to clarify. We didn’t protest anything. We asked some questions as all teams do. It wasn’t just Red Bull there were other manufacturers raising questions as they continue to be raised. It’s for the FIA to police.”

Also Read: Mercedes Rules Out Using Valtteri Bottas to ‘Bunch Up’ to Aid…