The 2021 Formula 1 title battle is as close as possible with Lewis Hamilton and Max Verstappen being separated by only 8 points. Now with only 2 races to go former Formula 1 driver Martin Brundle has issued warning for Lewis Hamilton to avoid all unnecessary manoeuvres that risk and eventually gift Verstappen the world championship.

Safe to say, the 2021 F1 season has been one of the greatest years in the sport’s modern history thanks to the enthralling title battle between Mercedes’ Hamilton and Red Bull’s Verstappen. Martin Brundle’s piece of advice can be crucial for the seven-time world champion as he would try everything in his power to reduce the deficit before the final showdown in Abu Dhabi.

What advice was given by Martin Brundle to Lewis Hamilton?

And former driver and Sky Sports F1 reporter Martin Brundle believes Hamilton may just be the championship favourite heading into the final two races, but he emphasised that he can’t afford any last-gasp slip ups or it’s game over.

“Lewis has come on incredibly, it’s almost like he’s moved into overdrive,” Brundle stated as reported by Express.co.uk. “He used to do that after the summer break, and I think he’s done the same again probably a little bit later in the day.

“All of a sudden, you wonder if he’s not now the favourite for the championship with this kind of momentum – but it only needs some kind of trip up: reliability, contact, puncture, whatever, and Max can take the title next weekend. [He] probably won’t, but could. It’s that finely balanced and I think the ebb and flow of the season is what Red Bull will be very much hoping hoping for.”

Also Read: Lewis Hamilton ‘cautious’ ahead of mega showdown with Max Verstappen at… 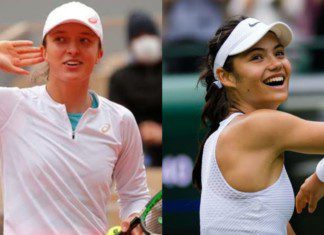