Red Bull and Mercedes go into the last race of the season with tension running high. As Max Verstappen and Lewis Hamilton have managed to secure equal points over the year, the Abu Dhabi Grand Prix will be the decider of who takes home the prestigious World Championship title. Along with that, the Constructors title sees Mercedes lead, followed by Red Bull and Ferrari rounding off the podium.

There has been a fair share of drama on and off the tracks, especially between team principals Toto Wolff and Christian Horner. They have each had blow outs at each other, and created enough controversy that several experts called their rivalry childish and unnecessary.

Both the bosses have passed comments at each other, blaming each other of poor sportsmanship and unfair play all throughout the year. Yet as the season comes to an end, one cannot deny the exciting and intense fight that has played out between the two bosses, teams and drivers.

During the press conference of the final Grand Prix of the season, Wolff and Horner finally settled their feud by shaking hands with each other, and acknowledging the great racing season they have had this year. “Good luck,” said Wolff, reaching over the table and talking to Horner.

“May the best man and the best team win,” added Wolff. While it cannot be denied that the tension and frayed relationship between the teams cannot be fixed, Horner drew focus to the hard work that both teams had put in this season.

“It’s been an intense competition, it’s been intense between the two of us, it’ll be intense next year and the year after. But, you know, we’ve got two great teams. We’re separated by about 15 miles back in the UK and I think the commitment that has gone in has been phenomenal,” concluded Christian Horner according to planetf1. 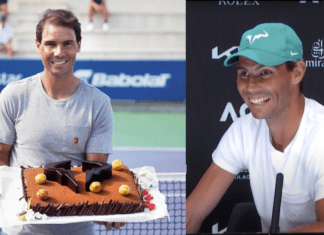