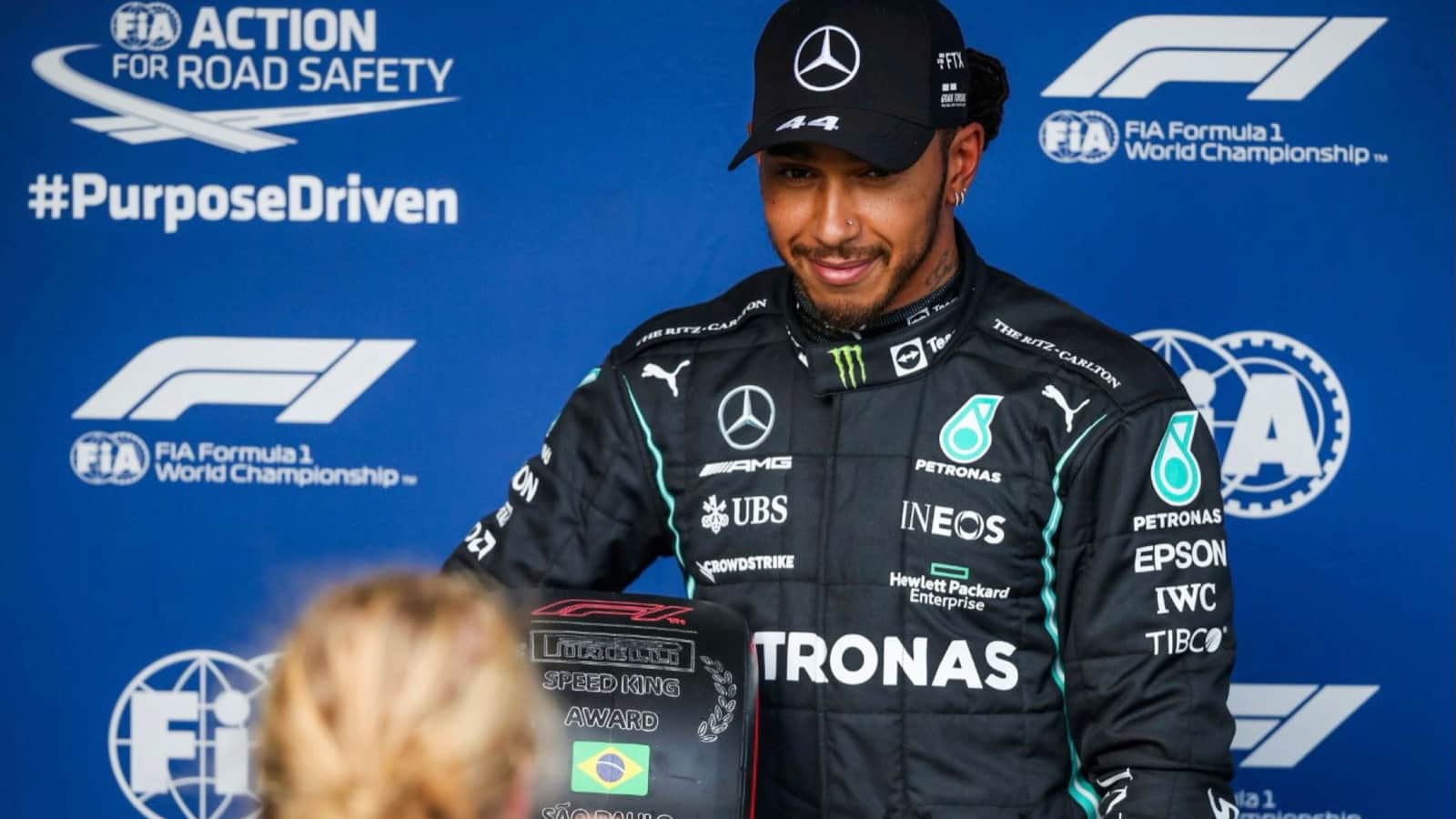 Like the previous qualifying in the Mexican GP, Mercedes were all guns blazing in this qualifying as well with both Hamilton and Bottas putting out fantastic laps to secure P1 and P3 respectively. While Lewis Hamilton has opted to go for a new ICE which will hand him a five-grid penalty on Sunday, it could be a blessing in disguise for Mercedes and Hamilton as they will certainly have more pace than they did the previous weekend.

After the Mexican Grand Prix 2021 last weekend, the F1 Drivers’ Championship is tight as ever as championship leader Max Verstappen (312.5) and arch-rival Lewis Hamilton (293.5) are separated by just twelve points as we head into the 20th race of the 2021 Formula 1 season. As for the Constructors’ Championships, Mercedes F1 (478.5) leads Red Bull Racing (477.5) by just a single point as we head into the Brazilian Grand Prix.

Also Read: “My Engines are Fine”: Lewis Hamilton ahead of Brazilian Grand Prix