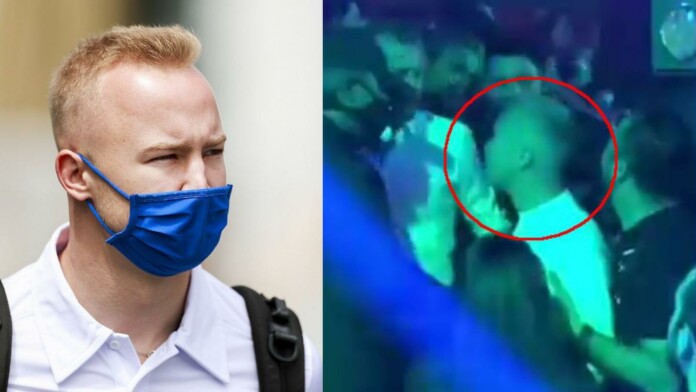 In a recent turn of events, Haas’ driver Nikita Mazepin has been making headlines off the track after a video of him was seen circulating on the internet. The Russian driver was seen in an argument with several bouncers at a nightclub in Mexico, he was apparently being thrown out of the club by the bouncers, and Nikita Mazepin was certainly not pleased with how the security behaved with him.

While his presence of mind on the track has been criticized by many drivers, Mazepin has previously been in many controversies as well. In late 2020, a video was uploaded to his Instagram account where he touches a woman in an inappropriate manner, although Nikita Mazepin has since claimed that it wasn’t him who uploaded the video.

It is reportedly believed that the party in Mexico was thrown by team Red Bull and that several other Formula 1 drivers like Sergio Perez, Charles Leclerc, George Russell, Lando Norris, and Williams bound Alex Albon were present as well. But these drivers were nowhere near when the incident involving Nikita Mazepin took place, so it is unclear whether they had any part in this incident.

Mazepin is hardly seen having a close bond with any other driver on the grid and close friendships are still distant. Maybe that could have played a part in the incident which took place in Mexico. Nonetheless, it still remains unknown why drivers are not open and social with Nikita Mazepin.

Also Read: “There is no reason to give up this fight”: McLaren confident…

Also Read: Brazilian Grand Prix Weather Forecast: What Weather Shall Be Hovering Over…

Spanish GP 2022: Will Mercedes domination in Barcelona come to a...