The 2021 Formula 1 season was the comeback year for Read Bull F1 team as they were able to get back to their glory days of Sebastian Vettel’s dominance. Red Bull’s dutchman Max Verstappen’s amazing run in 2021 where he went wheel to wheel with the 8 times world champion Lewis Hamilton dethroning him in the process at Abu Dhabi on the season finisher.

Pierre Gasly was contracted to drive for Red Bull Racing for the 2019 season, partnering Max Verstappen following the departure of Daniel Ricciardo to Renault. Pierre Gasly struggled with the RB15 and was consistently off Verstappen’s pace. Pierre Gasly finished in sixth place in the championship with 63 points, Verstappen, meanwhile, had recorded 181 points.

Pierre Gasly was retained by AlphaTauri for 2021, after he was demoted to them in 2019 mid-season, partnered by Japanese rookie Yuki Tsunoda.  Pierre Gasly almost single-handedly dragged his team to fifth in the constructors’ standings by helping them to secure the most points in the Faenza-based team’s history.

Find out what Pierre Gasly said about his potential Red Bull return and other options.

Pierre Gasly expressed his optimism on joining back Red Bull for the 2023 season. The 25 years old has said that his priority is with Red Bull but also acknowledge the fact that Red Bull has decided to keep Sergio Perez, but he is trying to be the best replacement for the team possible.

“First of all, obviously, my priority is with Red Bull, but at the moment they’ve decided to continue with Sergio”., Said Pierre Gasly.

“I don’t know what they’re going to plan. They’re saying that probably 2023 there could be an option…,”I’ll try to put myself in the best position for that, but it’s a discussion that we know we’re going to have next year with Red Bull.” Pierre Gasly added.

Pierre Gasly said that it will an important move at this point of his career, and he is Watching moves of Max Verstappen and other drivers. He said he will be watching the Red Bull situation for the coming two years and explaining that he has been here with red Bull for 8 years which is a long time.

“We’ll have to see what the view of Red Bull over the next 2 years because now it’s been 8 years, I’ve been with them. It’s a long time.“

“Obviously, at the moment, they have a very competitive car. Need to see what they’re going to do with Max [Verstappen] and how they’ll move forward, but obviously, I need to think also about my career,” Pierre Gasly said.

He went on to say that he ready to explore other options to by being in the top of his performance by being the best replacement option for top constructers.

“All eight guys ahead of me are the drivers who are running for their fourth-best constructor. That’s why it’s important for me to show that if there is a free seat, I should be the obvious choice. That’s what I’m trying to do.” Pierre Gasly said.

“I’ll try to put myself in the best position for that, but it’s a discussion that we know we’re going to have next year with Red Bull,” Pierre Gasly added. 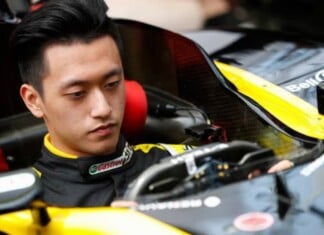