by Manan Goel
in Formula 1 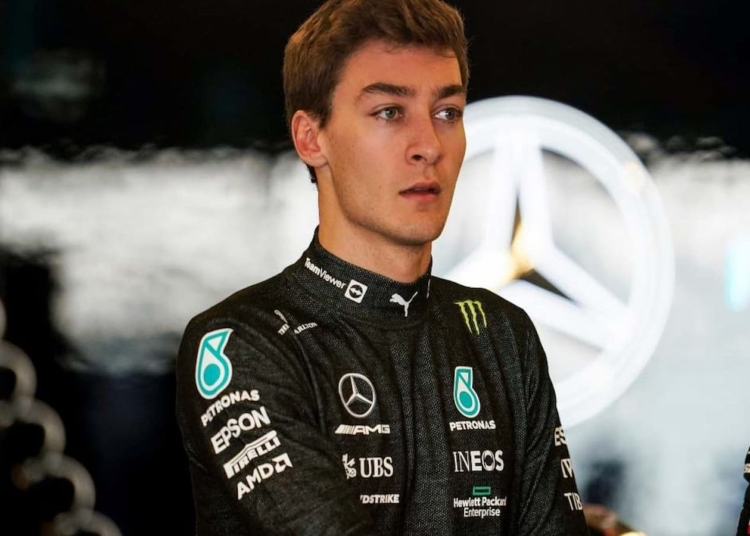 George Russell is Toto Wolff’s latest bet for the Mercedes F1 team. The team has roped in the young Briton to replace Valtteri Bottas as Lewis Hamilton’s partner from the 2022 season onwards. George is expected to be the next Hamilton for the team and has a lot to learn in his first full season with the Silver Arrows.

Russell signed his move from the Williams F1 team to Mercedes last season. And since he has made more headlines and raised many questions about himself.

George’s net worth is estimated to be worth around $1 million. The driver started with Williams to develop and seems to be satisfied with his term there and is now ready to work his way up to the podium.

Other sources of income include endorsements and sponsorships. The 24-year-old is worth quite compared to an average person but certainly has a long road ahead of him in the sport.

The driver is racing in one of the premier competitions on the planet. The competition is ruthless and doesn’t spare anyone weak. And for Russell, too, success didn’t come easy.

At Williams, the driver was expected to be earning $1 million. But as the Briton has moved to one of the most successful teams of the sport, his paycheck to has taken a boost. He is estimated to be earning a total of $5 million at Mercedes from the 2022 season onwards.

Russell is one of the most promising drivers on the grid and has proven it time over time. The driver is also said to be the new face of F1 by some and he certainly checks the prerequisites needed to be an endorser.

The driver’s earnings other than the contract with the team include endorsements of Mercedes, AMG, BRDC, Bell Helmets, Alpinestars, and Puma.

The driver has maintained a not-so-public love life. However, the driver is dating an alum of the University of Westminster, Carmen Mundt, and made his relationship public back in 2020.

The couple is absolutely adored by the fans. They are going strong and were pictured earlier in 2022 in St. Barts, on a romantic vacation.

What is George Russell’s net worth?

George Russell’s net worth is around $1 million.

What is George Russell’s Salary?

The Mercedes driver receives a salary of $5 million.

Which team does George Russell drive for?

The British drive for the Mercedes F1 team.

No, he isn’t married yet but has a girlfriend.

Who is George Russell Dating?

He has been dating Carmen Mundt since 2020.

Who is George Russell’s Teammate?

His teammate is the seven-time world champion, Lewis Hamilton.

How old is George Russell?

While George is said to have a lot of potential and Mercedes is willing to push the driver to his prime, Max Verstappen has proven himself on the grid by winning an F1 world champion title in 2021.

Which team did George Russell start his F1 career with?

The driver started his F1 career in 2019 with the Williams F1 team.

ALSO READ: “It is not too pleasant at all,” George Russell flags porpoising as a safety concern

Manan is an F1 content writer at FirstSportz.com. He is an absolute buff for F1, football, and cricket. He is an undergrad student at the University of Delhi with English literature as his major. His other interests include national and international politics.