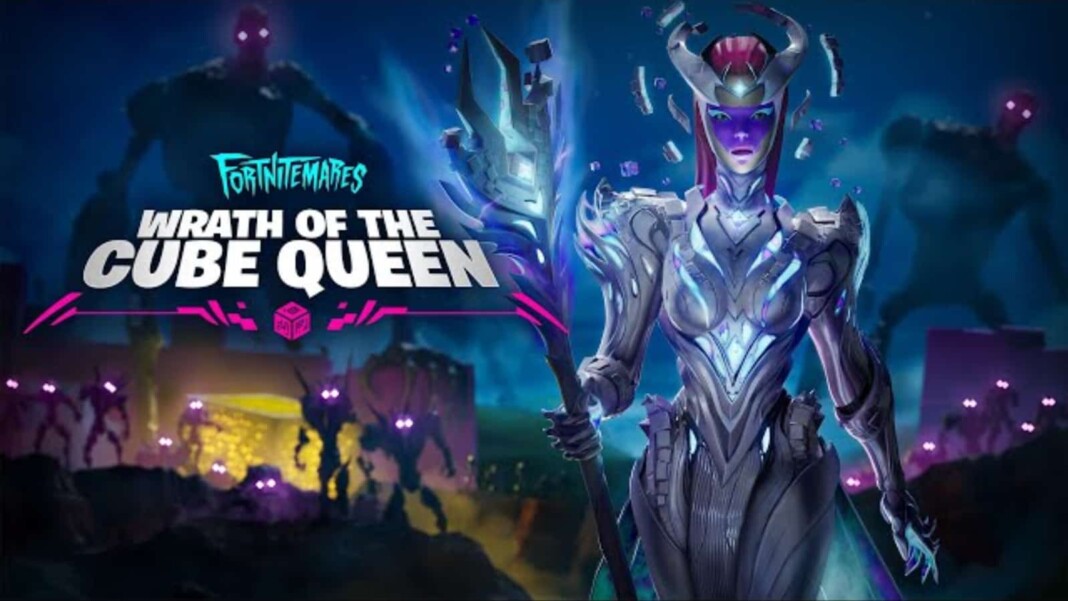 Fortnite Cube Town Corruption Spread is a potential event likely to take place on the map, courtesy to the newCube Queen, whose arrival marks the end of the Season 8 map. Fortnite Cube Queen is the latest addition to the game’s ongoing Halloween event of Fortnitemares 2021 that is bringing a ton of new rewards and skins as well as doing some eye-turning events. According to leakers, the Cube Queen is most likely gonna corrupt a large portion of the map at some point. The article talks about the potential cube town destruction by the cube queen and when the players can expect the corruption to start.

The grand event of Fortnitemares 2021 celebrations has already begun on October 5, 2021, and will run until November 1, 2021, lasting almost a whole month for players to grab some new stuff. The Wrath of the Cube Queen is the latest inclusion in Fortnite with the Fortnite V18.21 update. Fortnite Cube Queen is the latest addition to the game’s ongoing Halloween event of Fortnitemares 2021 that is bringing a ton of new rewards and skins as well as doing some eye-turning events.

According to the famous Fortnite leaker, the Cube Town might turn into a Pyramid slowly (the Pyramid that I talked about last season), because there’s a string in the Cube Queen’s effects that refers to her as the “Pyramid Tip”, and she will also be holding her pickaxe after 18.30 with lightning effects around her. The Cube Queen character can be spotted above this POI, hanging mid-air in an encapsulated aura that prevents players from interacting with her.

A file named ‘Cube Town Corruption’ was added to the game and players can expect the Cube Queen to start corrupting the map beginning from Cube Town slowly making the whole map a place like hers, filled with corrupt cubes, launch pads and evil Caretaker monsters.