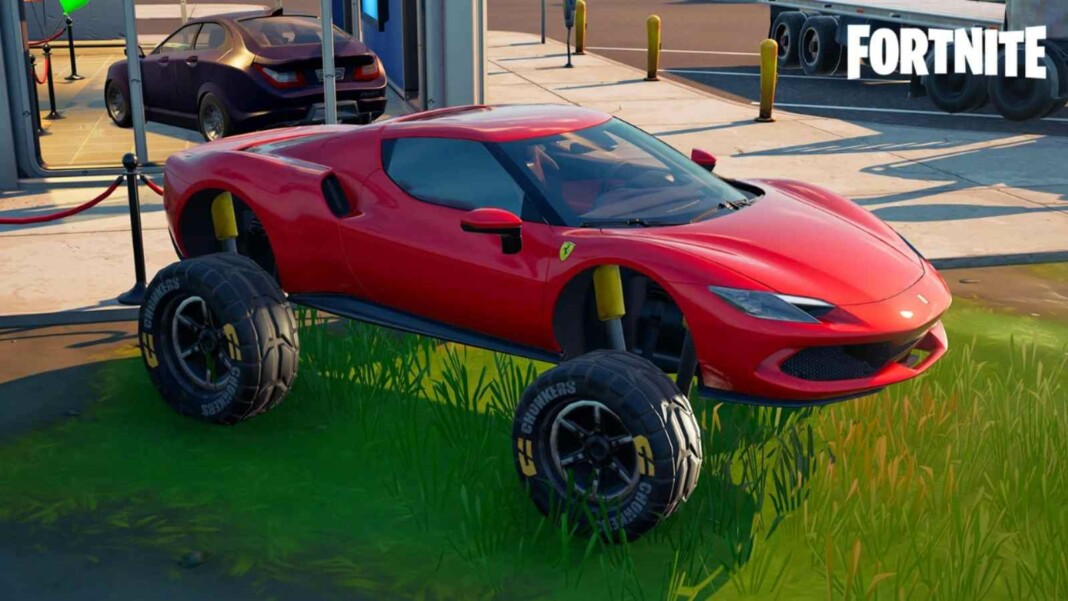 For players to complete the three Ferrari challenges, they first need to locate the cars, which can be found dotted around the Fortnite map in garages. They’re not guaranteed to appear in every garage, so players will need to search several until they find one. Just like all cars in Fortnite, its spawn location can sometimes be a bit random. Although, players should be able to choose one of these spots to polish off their Week 7 quests.

The Ferrari 296 GTB will be available to drive in Fortnite from July 22, 2021, until October 6, 2021. The Ferrari has essentially replaced the previous Whiplash car. It has a higher boost speed, a different appearance, and is needed to complete specific quests, which we’ll detail below. Players need to head to Lazy Lake and check near the car dealership and the gas station for spawns. There’s a Ferrari Time Trial to complete here as well.

In Lazy Lake, the car can be found inside the area, next to a garage located close to the northwestern corner. There are also two locations at Believer Beach (formerly Sweaty Sands) where the Ferrari might spawn. The first is near the gas station on the road leading west, and the second may appear in the east car park.

For players to complete the challenge, they simply need to get into their Ferrari and drive to the edge of the circle. The player should also enter the Storm for a few seconds and then drive back inside quickly so that they don’t lose too much health. This is a pretty simple task to earn XP and level up your Battle Pass. 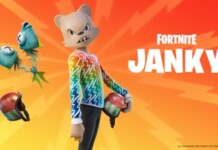 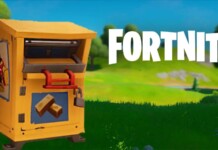 Fortnite Donation Board Locations: How to vote to unvault items in Season 8 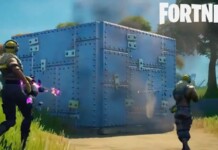 Fortnite Armored Walls: How to use the new Trap in Season 8 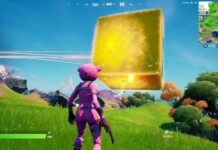