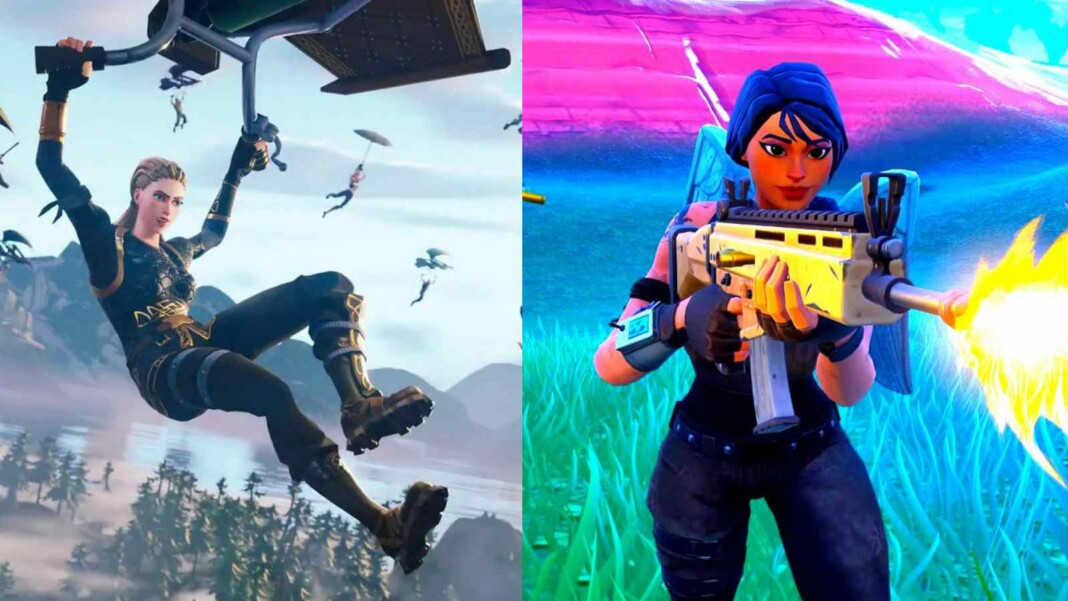 Fortnite glitch allows players to shoot while gliding: A recent Fortnite Season 8 Glitch is reportedly allowing players to shoot while gliding, according to several players. Fortnite Chapter 2 Season 8 has not experienced many glitches till now and players are suddenly experiencing a game-breaking glitch. The game has released a ton of new content that the players can enjoy.

With new additions to the game, it is common for players to limit-test the game and find out exploits. Season 8 is out on the live servers for a long time now. Players are finding out new leaks and glitches as days go by, in-game. The article talks about the recent game-breaking glitch in Fortnite that allows players to shoot while gliding in the game.

Fortnite Season 8 is now out and players have already found out some disturbing bugs in the game. One of the most game-breaking ones of them is one bug that messes up with the normal gameplay system by allowing players to shoot while gliding. After one player posted one such video clip, showing that players can indeed shoot players on the ground while gliding, many players confirmed the same happened with them.

A famous YouTuber GKI had earlier posted a new glitch that showed him being able to shoot players while he was on the glider that led to game-breaking gameplay. Even with the developers being very active in their pursuit to keep the game flowing, it’s simply impossible to keep up with the juggernaut that is Fortnite. Rapid growth in popularity, content, and visibility can be both a blessing and a curse for developers, though no one can fault them for the glitches that have slipped through the cracks in this game.

Players can try this glitch themselves in Steamy Stacks, where they must approach one of the steam towers. Before entering it, players will be required to glide with the help of a Witch Broom which will help them levitate upwards.

As soon as they start going up, they should cancel the broom, and hence activating the glitch will be activated. Although, these kind of glitches are game-breaking and is not encouraged to be exploited or misused by the players.