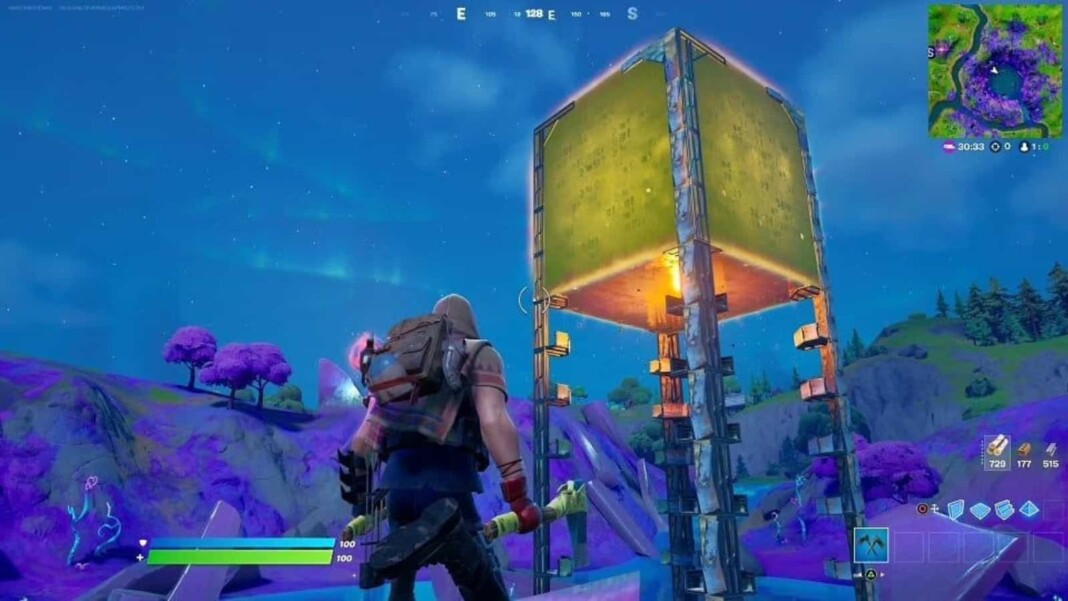 Fortnite Golden Cube had become important over time since it started to move and trace a path on the map. This has been the most awaited by the fans, and it is time we talked about the upcoming theme of the new season. Fortnite Season 8 Cubed has introduced many sorts of cubes and one of them is seemingly important.

There is actually more to cubes than just a shape in the new season of Fortnite, and the golden cube has already transformed. The article talks all about the Fortnite Golden Cube’s new location, and its transformation into an elevator in the center of the map.

Cubes definitely play an important role in this season, and because they had started to move, players had suspected some changes as well. The new season in Fortnite has definitely brought forward a new storyline as well as a new theme. The live event of Operation Skyfire has already taken place for the last season to tie up loose ends in this season’s storyline that made way for a brand new storyline.

The golden cube had already been seen zapping the other large cubes around the island and creating smaller cubes, and it seemed its biggest change in the theme of the game was underway at the heart of the island. Players around the world were already confused about the cube’s purpose, and this sudden transformation has further complicated the situation. The Golden Cube that arrived in Fortnite season 8 has now turned into an elevator and is fixed at this position for now.

Fortnite Chapter 2 Season 8 Cubed has ‘Kevin the Purple Cube’ and a Blue and a Golden cube. The players are still figuring out the names for the new cubes. Among the suggested names, “Blevin” and “Steve the Cube” are favorites for the blue cube. “QueenCube” is the top contender for the golden one.