Fortnite Season 7 Battle Pass Skins have finally released, and loopers cannot be more excited. Fortnite Trailer has detailed new skins, and there’s a fair amount to glean from the next update’s timeframe and Season 7’s story.

While there have only been many leaks till now, Epic Games has just confirmed the previous speculations and with the consistency of the game’s usual three-month seasons, season 6’s battle pass will end on June 7, 2021. The article details the Fortnite Season 7 Battle Pass Skins, with the new storyline with aliens and new skins.

The upcoming season 7 in Fortnite might see the combination of green and black, pointing to a futuristic feeling alongside the alien theme. The Fortnite Season 7 Battle Pass Skins have kept at par with the season 7 theme. “In this season, Battle Stars return to the Battle Pass with a fun new twist. Every time you Level Up, whether by playing and completing challenges to earn XP or buying a Battle Pass Level with V-Bucks, you’ll earn 5 more Battle Stars”, added Fortnite.

Purchasing the Battle Pass will immediately unlock the face-swapping alien, Kymera, along with many other characters, with over 800,000 combinations of head shapes, eye and skin colors, patterns, and armor colors to choose from.

The Fortnite Season 7 Battle Pass Skins offers you the chance to add the customizable Kymera, Guggimon, Joey, Doctor Slone, and Rick Sanchez to your skin collection.  Players can also explore parts of the Island impacted by the Invasion each week or squad up and unravel the mystery of crystal-encased Cosmic Chests to collect Alien Artifacts. Similar to Battle Stars, these can be exchanged to claim additional styles as well.

Like with every Fortnite season, the majority of the Chapter 2 Season 7 rewards require Battle Pass ownership to be unlocked. The Battle Pass is a premium item and costs 950 V-Bucks. Players can buy a bundle of 1,000 V-Bucks for around £6.47 or $8.57 or V-Bucks can be earned in-game by completing a variety of activities.

Although there are free rewards always, Epic Games has further added all players earn the same number of Battle Stars when they level and each page of the Battle Pass has rewards available for all players to claim as they play. 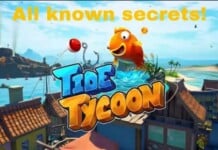 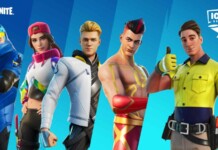