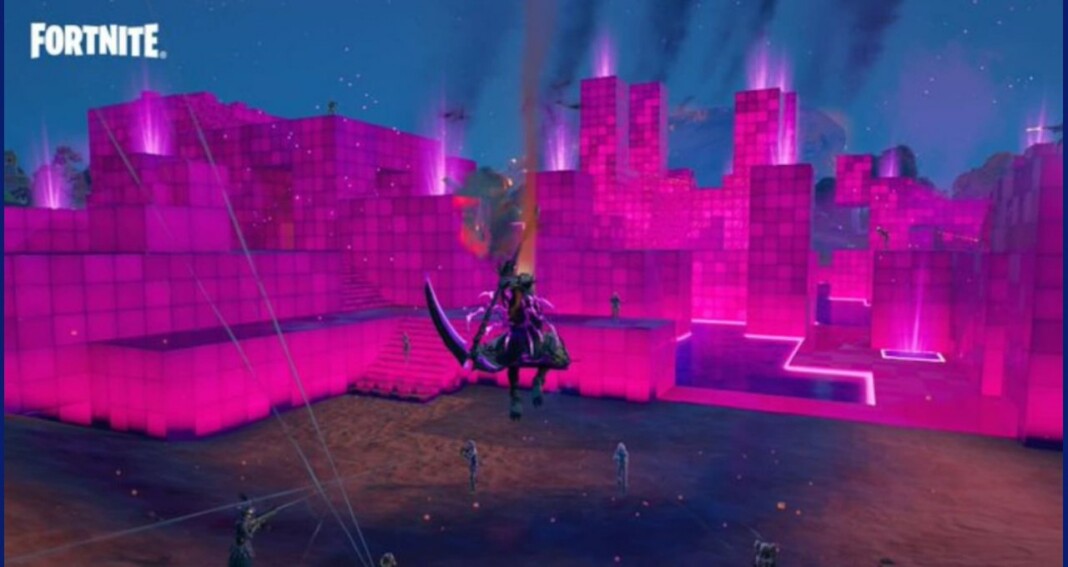 According to some recent sources, Fortnite Zero Point may explode below Cube Town and bring an end to the existing map as well as the storyline for this ongoing season 8. The Cube Town is a new POI (Point of Interest) in the game and has been caught up in several game storylines involving the Cube Queen.

The Zero Point is the main Storyline Object that is the center of all reality in the Omniverse. The article talks about the possibilities surrounding the fact that the Fortnite Zero Point may explode below Cube Town in Season 8 and lead to an end.

Fortnite Cube Town is located in the middle of Corny Crops, Bony Burbs, Weeping Woods, and Lazy Lakes, the Cube-filled purple area spans the entire section between the rivers. It contains a number of chests and other available loot that will likely attract curious gamers and could lead to a satisfying battle royale experience.

Cube Town is loaded with weapons and chests alike, and most of them are fairly accessible as well. After the alien mothership’s destruction, the cubes that powered it crash-landed on the island. They’ve begun spreading corruption, as well as portals to the dark, monster-filled sideways.

The Zero Point is a nexus orb that is where all of the reality apparently sprang from. It cycles through countless realities per second and can be used as a power source or as a bridge to other realities. A Fortnite news source tweeted “apparently this is upgraded zero-point holding chamber from the one we saw in the Fortnite chapter 2 Season 5 story trailer and it will most likely play a big role in the chapter 2 season 8 event starting chapter 3 season 1”.

With the release of the Fortnite Chapter 2 Season 8, players have seen a massive change in the storyline, shifting from Aliens to Cubes. Sideways Monsters returned with new abilities and appearance and currently spawn in The Sideways. It’s no questioning it might as well shift to another one after the potential explosion.

Axomious also shows the theory of the Fortnite Zero Point being kept underneath Cube Town in his video that details the image with Zero Point being underground and provides a picture showing the layers of Fortnite island. Fortnite Chapter 2 Season 8 may end with one of these leaks being true and the current map would end with a bang.