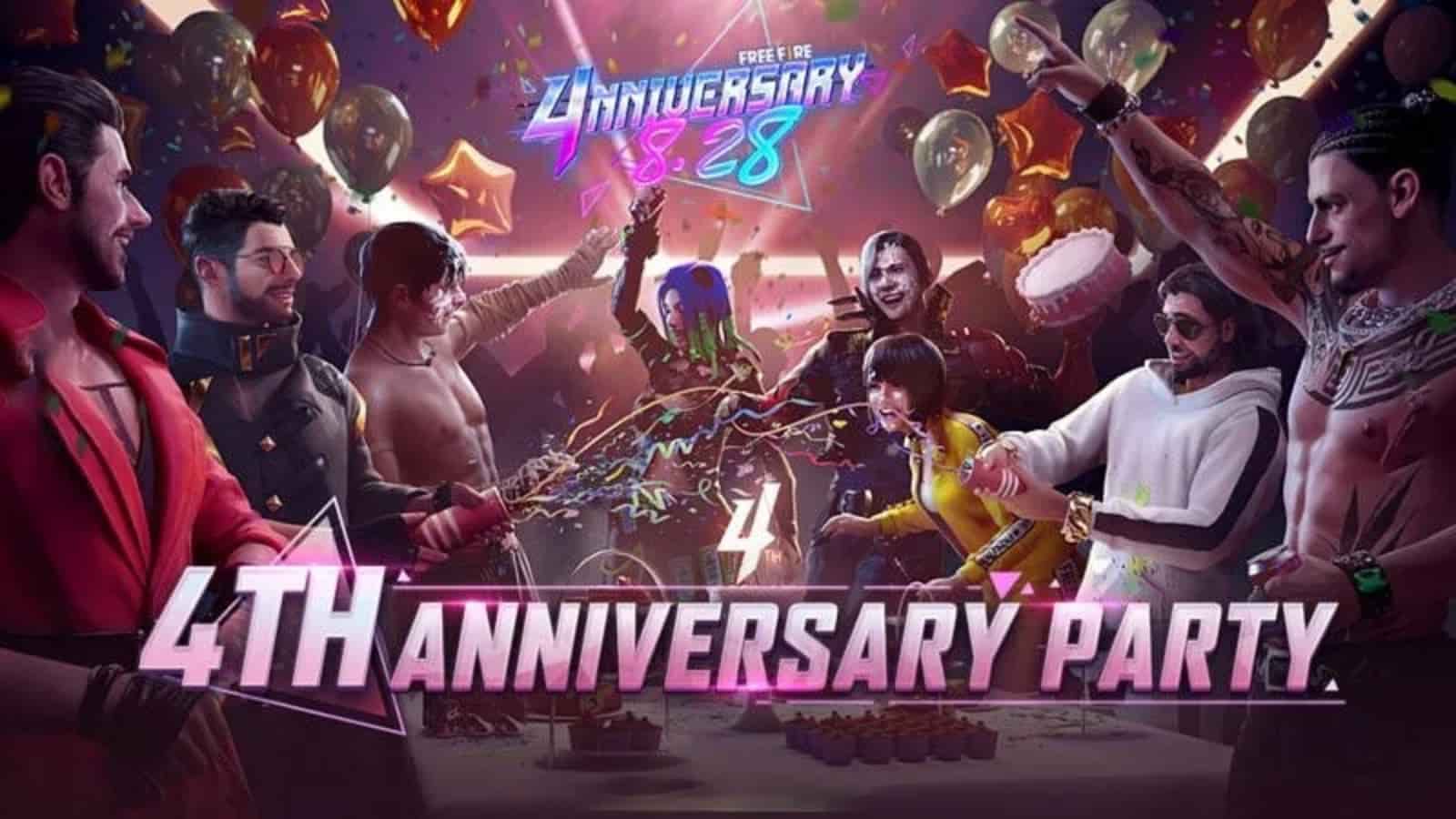 All players of Garena Free Fire are eagerly waiting for the commencement of the Free Fire 4th anniversary and it’s events. Several events with full of awards are expected to be made available to players this month. There are many new events and free rewards will be made available for players during the event.

The Free Fire 4th anniversary is a major event in the game after the OB29 update. The events will be starting from August 20 and the event will wrap up on September 5. The leaked dates from the event calendar for the Free Fire 4th Anniversary all events:

There is also a new song for the event featuring all the four DJ’s DJ Alok, DJ Kshmr, and the newly introduced DJ Duo. These dates are not officially given by the developers and are leaked by a popular Free Fire data miner “Knight Clown”.

One of the rewards for peak day celebrations has been revealed: Thiva character. For the occasion of the game’s fourth anniversary, the spawn island has also been explicitly redesigned. Also, there will be new music present on the spawn island.

In celebration of the game’s previous two anniversaries, a permanent character completely free of charge was offered, alongside other items. This may give players an idea of prizes that are expected to be made available during the Free Fire 4th Anniversary.