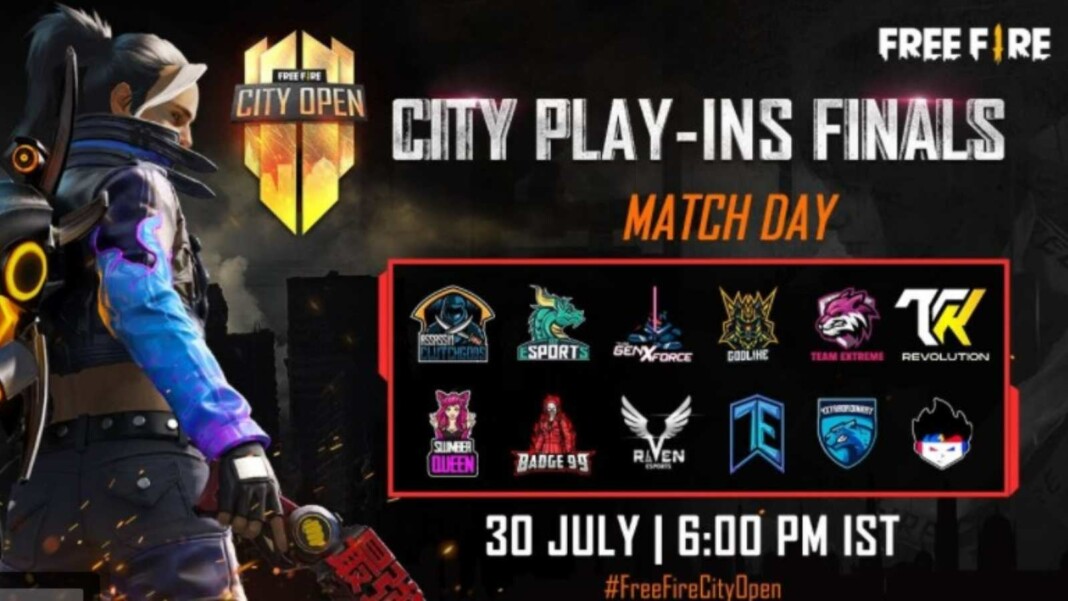 Free Fire City Open 2021 is coming to a conclusion with only 2 matchdays left i.e., Play-ins Finals and National Finals. The Play-ins finals are scheduled to take place tomorrow whereas the National finals are to be held on August 15. The tournament was announced back in April 2021 with a 60 Lakhs INR Prize Pool.

The tournament was only made available to the Indian region and viewers have witnessed 8 city-regional finals similar IPL format. The top 6 teams who have topped the overall points table of Play-Is 1 and Play-Ins 2 are qualified for the Play-Ins Finals. Here are those teams:

These are the 12 teams who will be participating in the City Play-Ins Finals tomorrow i.e., July 30. No one will give chance to other teams and would give their best to confirm their spot in the national finals. Alas to those teams who had missed their qualification for this Finals by 1 or succeeding fewer points. Pahadi from Team Elite is looking firm for the finals, considering his performance in Play-Ins 2.

Players will play a total of 6 matches in City Play-Ins, same always. The first match will be played in Bermuda, the second on Purgatory, while the third is set to be in Kalahari. The next three matches will be played in the same sequence as the first 3.

The top 2 teams who had scored the highest cumulative points in the PLay-Ins Finals will get the spot in National Finals and the rest are sent to the home. Thus, this is the last chance for teams to enter National Finals which are scheduled to take place on August 15.

Where to watch and prizepool

The tournament will be live-streamed on the official YouTube channel of “Free Fire Esports India” and the Booyah Streaming app. The stream will start at 6 PM in the evening and goes live up to 9 PM.

Speaking of Prize pool, the top4 teams in the overall standings will receive the following prize money: