Once again beating PUBG Mobile, its greatest rival, Free Fire has bagged the title of Esports Mobile Game of the Year at the Esports Awards 2021. The honourable eSports ceremony took place on 20th November,2021 and was live streamed at the Twitch and youtube channel of Esports Awards.

Mobile Esports paved its way to grab an award category at the Esports Awards in 2020 due to its massive popularity in the wake of Covid-19 pandemic. Several streamers and mobile games got nominated for their respective categories and Free Fire has proved its consistency to win the Esports Mobile Game of the Year trophy again.

Free Fire, the battle-royale game started its journey in 2017 when it was published and developed by Singaporean game developer, Garena. After its release, it has never looked back as its popularity exploded within a few months of its arrival. It has been a contender for several awards and has surpassed other mobile games in terms of overall revenue.

Related: AS Gaming vs Ajjubhai (Total Gaming): Who Has Better Stats In Free Fire For November 2021?

According to a report of Sensor Tower, during the first quarter of 2021, Free Fire overtook PUBG Mobile to become the top grossing game in US for the first time. It also accumulated a whopping 1 billion downloads in Google Play Store as of August 2021. Free Fire is achieving new milestones and the Esports Mobile Game of the Year at Esports Awards 2021 Award became the cherry at the top.

Along with Free Fire, several other mobile games were nominated for the award at Esports Awards 2021. These games were equally popular and fans were kept on their toes until the winner was announced. Here is the list of nominees for Esports Mobile Game of the Year

Free Fire defeated PUBG Mobile for the second time in a row and fans are unable to contain their excitement. The developers have also expressed their elation for the battle-royale game’s victory. Several factors have contributed towards the growth of Free Fire and one of them is the events launched by the officials at regular intervals.

Even after being in the lime light for being an addictive game and harmful for the teenagers, Free Fire owns a large fan base in Southeast Asia including India. The developers make sure to release India specific events, for instance, the Diwali events and tournaments brought in the game recently and an exclusive song ‘Kill Chori’ featuring Bhuvan Bam and Shraddha Kapoor. These events have helped Free Fire to create a place in the heart of the Indian gaming community. 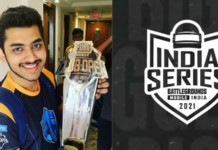 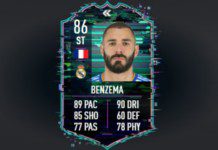 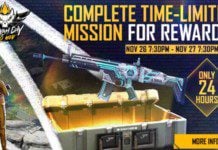 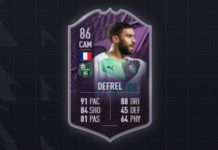