Free Fire India Championship 2021 Fall is closing its conclusion with two stages of the tournament are to take place. The top 2 teams from Group A, B, C have been qualified for the grand finals of the FFIC 2021 Fall after the conclusion of League Stage. FFIC 2021 Fall League Stage was conducted from September 17-October 3rd, 2021 on weekends for straight three weeks.

Now it is down to 2 concluding stages, namely Play-Ins and Grand Finals. Play-Ins are scheduled to take place on October 10, 2021, while the latter is set to happen on October 17, 2021. During the league stage which was held from Friday to Sunday each week from Sep 17 to Oct 3, (3 weeks), a total of 9 matches took place among three Groups consisting of 6 teams each.

Teams that were ranked from 3-6th places in the league Stage overall standings were retarded to the Play-Ins while the Top 2 teams for each group have confirmed their place on the Grand Finals. Let us look at those teams who are going to take part in the FFIC 2021 Fall City Play-Ins.

Read More: How to get the Parafal Crimson Heir in Free Fire weapon royale?

The Play-Ins format is pretty simple in which a total of 12 teams will be competing in this stage. It is scheduled to take place on October 17, 2021, at 6:00 PM IST. A total of six matches will be held on the day and the best will be taken underscore.

The top 6 teams will qualify for the Finals and they will play along with the other 6 teams who have directly qualified for the Finals from the League Stage. Those teams are:

The grand finals are set to take place on October 17, 2021, which will mark the end of the FFIC 2021 Fall Tournament. A total of 12 teams will be seen playing the Grand Finals out of which the winner takes home 35 lakh INR. The total prize pool of the tournament is 75 lakhs INR.

How To Get FFWS Beanie Pet Skin For Free In Free Fire World Series 2022 Event? 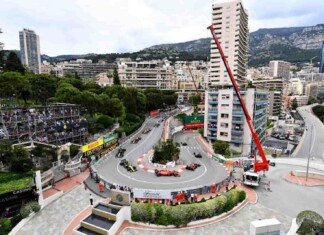 Gunaditya Tripathi - May 12, 2022
The Monaco Grand Prix is a historial circuit in the history of Formula 1. The first Grand Prix there was held in 1929, and...