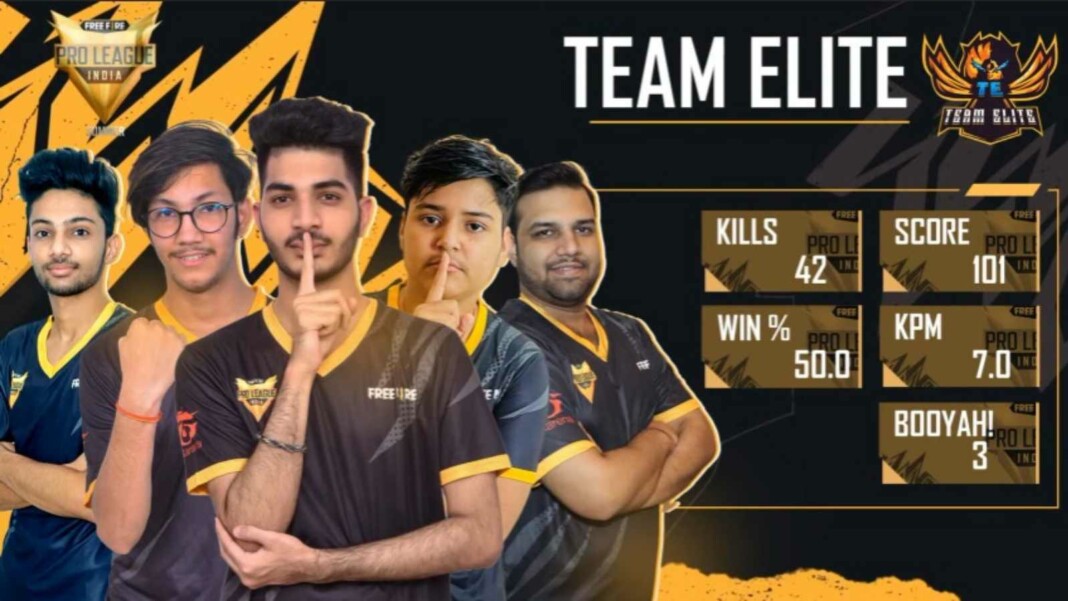 Free Fire Pro League 2021 Summer is an ongoing tournament with Group stages have commenced. Group B and Group C have completed the match day 2 in the FFPL 2021 with team finished at the overall standings with kills and points.

Team 4 Unknown manages to maintain their spot after Day 2 also on the overall standings of Day 1 and Day 2. Clinching the top spot after day 2, they have secured 136 points and 68 kills.

Day 2 has been concluded with Team Elite topping the points table of Day 2 with 101 points and 42 kills. TSM FTX (former sixth sense roster) has shown excellent gameplay and finished at the second spot with 46 kills and 88 points. Team D eSports managed to secure 3rd place with 62 points and 23 kills.

The first match of the Day 2 was played on Bermuda Map of Free Fire. Team Last Breathe has won this match with 7 frags to their name. Team 4 Unknown has finished second with 3 kills.

The second match, played on purgatory map, was won by TSM FTX with a total amount of 15 kills to their name, where their teammate Old Monk alone took 7 kills. Team D Esports finished second in this match with six kills and whereas Team Elite finished third with three kills.

Third Match of the Day 2 was played on Kalahari Map and was won by Team D Esports by securing a total of 9 kills to their name. Team Elite finished at the second spot in this match with 3 kills and followed by TSM FTX with 2 kills.

Fourth match of the day 2 was by Team Elite with a total of 13 kills to their name. Team Last Breathe has finished second but TSM FTX has finished third with 9 kills which took them to the top of the table after fourth match.

Fifth match was won by Team Elite again with nine kills. Team Iconic are the runner ups in this match with 9 kills.

The last match which is the sixth for the day was won by Team Elite with a total of eight kills which lead them to the top of the table after Day 2 with three consecutive booyahs in total.

Team Elite showed exemplary gameplay which led to the top of the overall standing table with more than a total of 100 points in total. The next matchday of the tournament will be conducted next Saturday i.e., July 3 where Group A and Group C will battle it out. The match will be live-streamed on Free Fire Esports India YouTube Channel.