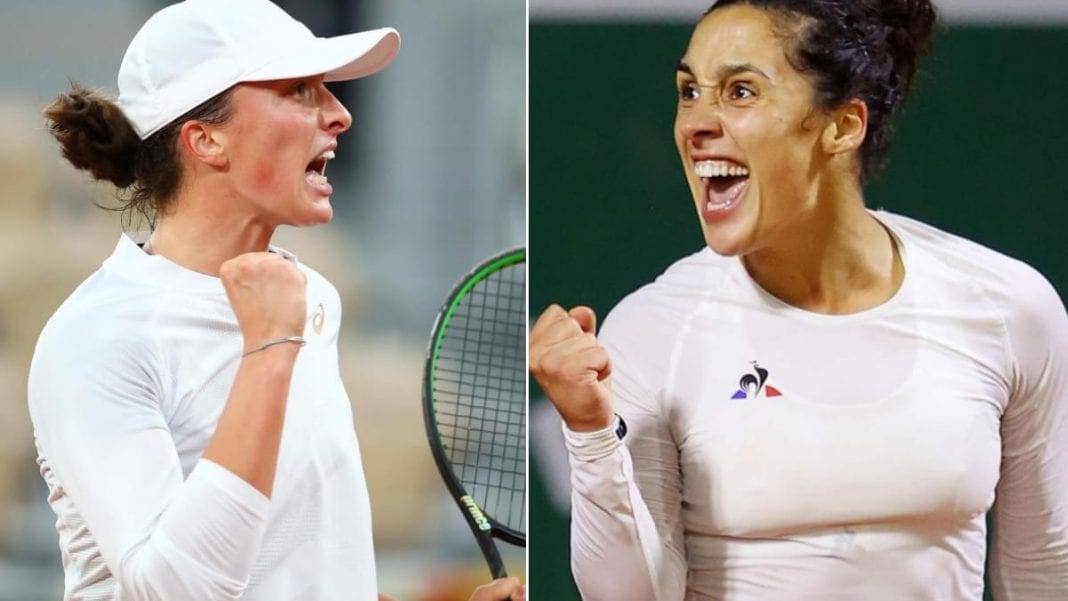 Dubbed as the ‘battle of two underdogs’, Iga Swiatek will go up against qualifier Martina Trevisan in the quarterfinal at the French Open 2020. Both the women have achieved the best result of their careers so far and they have a chance to make it more memorable by at least reaching the last-four stage.

Talking about the road to quarterfinal, Swiatek is yet to lose a set in the four matches played at Roland Garros this year so far. The 19-year old Polish created the upset of the tournament in the Round of 16 as she bamboozled two-time Grand Slam champion and 1st-seed Simona Halep in straight sets 6-1, 6-2. The manner of the victory shows Swiatek is a future star-in-the making.

Similarly, after entering the main draw and defeating tennis stars one by one in every round, Trevisan recorded the biggest victory of her career in the fourth round. The 26-year old Italian ousted 5th-seed Kiki Bertens in straight sets 6-4, 6-4. She is now the lowest ranked player left in the women’s singles category (Trevisan is ranked at 159).

Prior to their meeting in the French capital, the two women have faced each other twice. The head-to-head record currently stands at 1-1. They last battled against each other in 2019 in a Round of 32 contest in Birmingham, where Swiatek sailed past Trevisan in straight sets 6-3, 6-4.

The two women have literally taken this tournament by storm and it is a poetic justice that one of them will at least make it to the semifinals. Swiatek has looked more convincing in her victories as she is yet to be challenged by anyone so far. The trend may continue and Swiatek may makes it to her maiden Grand Slam semifinal by winning the encounter in the same fashion as she has done in the previous four rounds.