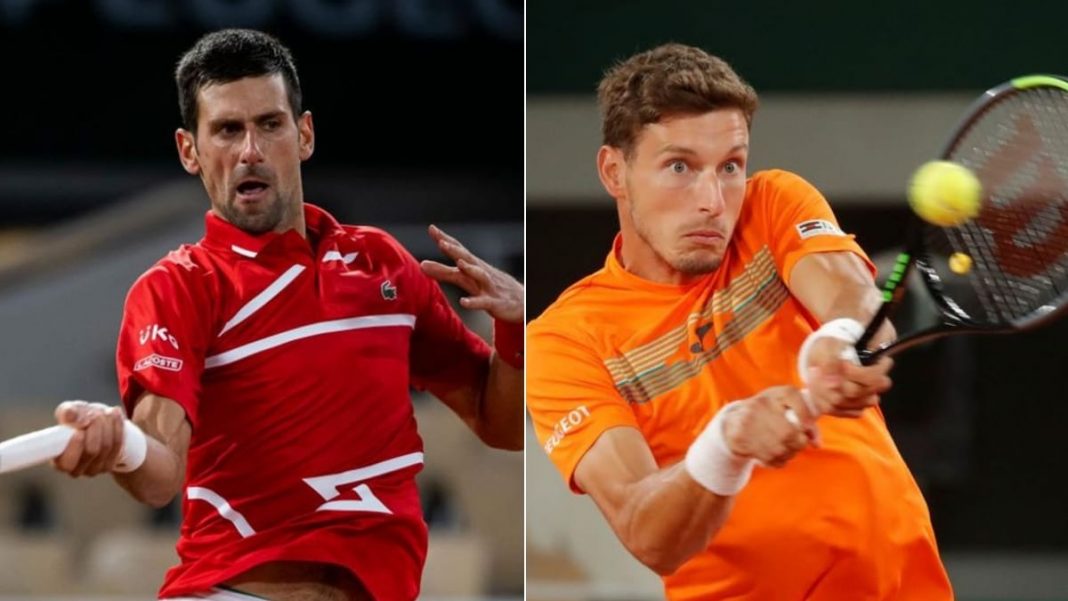 17-time Grand Slam champion and 1st-seed Novak Djokovic will look to go a step closer towards yet another Major title when he takes on 17th-seed Pablo Carreno Busta in the quarterfinals in a mouth-watering clash at the French Open 2020. Both the men have looked in fine touch at Roland Garros, so expect it to be a cracker of a contest.

Talking about the road to the last-eight, like always, Djokovic has annihilated his opponents in each and every round. The 33-year old Serb is looking dangerous as ever and it was evident yesterday in the Round of 16 when he dispatched 15th-seed Karen Khachanov in straight sets 6-4, 6-3, 6-3. It looks like the World No.1 will stop at nothing until he captures the title this weekend in the French capital.

On the other hand, Busta has also looked solid and has dropped just one set to Roberto Bautista Agut in the tournament so far. The 29-year old Spaniard was up against unseeded Daniel Altmaier in the Round of 16. The World No.18 sailed past Altmaier in straight sets 6-2, 7-5, 6-2 in a match that got over late at night yesterday.

In the past, the two athletes have faced each other four times, with Djokovic leading the head-to-head record 3-1. The last time Djokovic and Carreno Busta met was in the fourth round at the US Open 2020, where the Spaniard was leading 6-5 before Djokovic infamously got defaulted after hitting the line judge.

Djokovic has never lost to Busta in completed matches and not only that, the Serb is unbeaten this year barring the disqualification at the Flushing Meadows. Djokovic is expected to continue his surge, though, Busta is too good a player not to give tough resistance to his opponents. Expect Djokovic to lose his first set of the tournament, though there are no doubts whatsoever that he enters the contest as favourite and he should emerge as victorious.