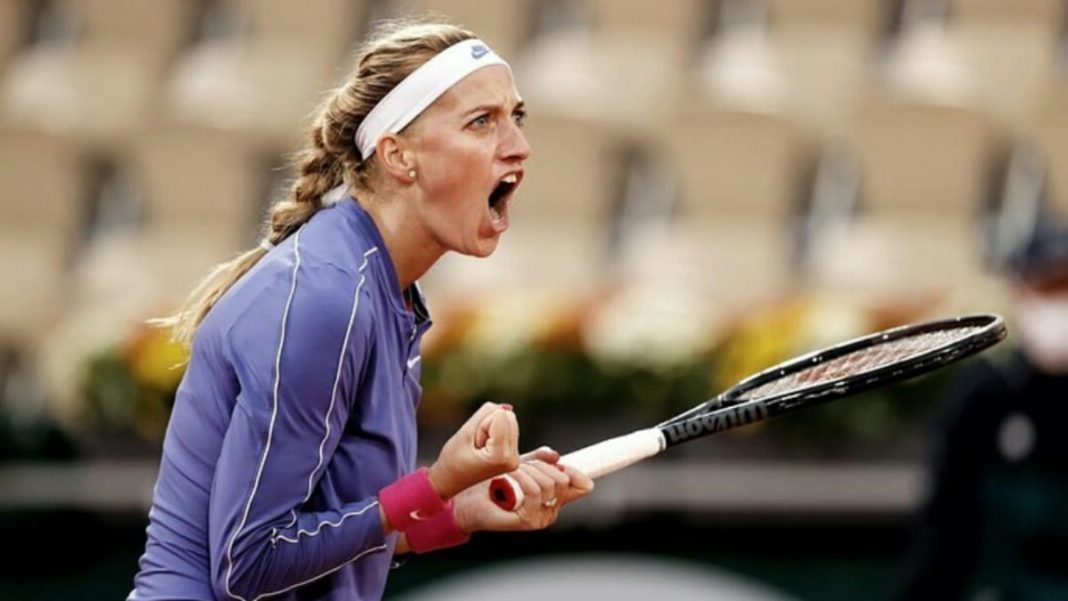 Petra Kvitová, winner of 2 Wimbledon titles marched on at the French Open as she breezed past Zhang Shuai in straight sets, winning 6-2,6-4 in the 4th round on Monday. Kvitová, seeded 7th in Paris this year was lethal in her 4th round win, dropping just 6 games in the whole match. With her victory over Zhang in Round 4, she has booked a place in the last 8 at the French Open for the first time since 2012.

She will now face L.Siegemund of Germany in the quarterfinals. The 7th seed is yet to drop a set in Paris so far.

Petra Kvitová started off playing the quality of tennis she has been playing at the French Open, giving no chance to her opponent Zhang Shuai whatsoever. The 7th seed did face issues on her first serve but her powerful shot making from the baseline was enough to have a comfortable 1st set vicory. She broke Zhang in the first game of the match itself and followed it up with another break later on in the set. Petra Kvitová won the first set 6-2.

Zhang attempts to make a comeback, but Kvitová stamps her authority

Zhang Shuai had a much improved performance in the 2nd set, causing a few problems to the 7th seed. Zhang broke Petra Kvitová in the 8th game of the 2nd set, but could not carry on the momentum with the 2 time Wimbledon champion coming back strongly and taking the second set by a scoreline of 6-4. With this victory, Kvitová books her place in the last 8 of the French Open for the first time since 2012.