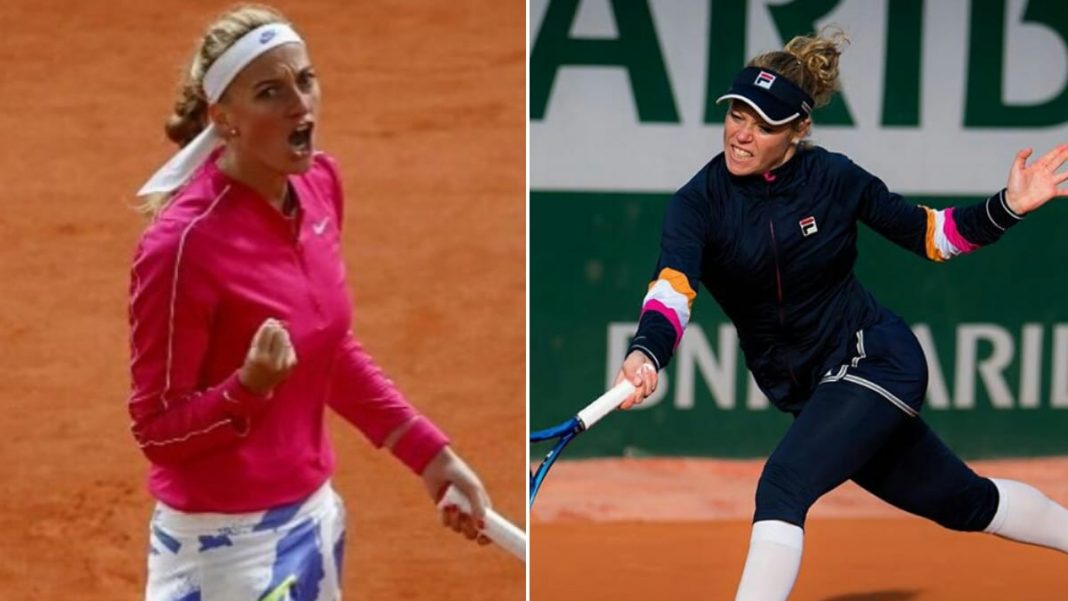 Petra Kvitová after her empathetic win over Zhang Shuai in the Round 4 match on Monday, will now face Laura Siegemund of Germany in the last 8. The German defeated Paula Badosa in straight sets in the Round 4. Both the players have been playing high quality tennis at the French Open so far. The 7th seed,Kvitová is yet to drop a set in Paris and is playing her first quarterfinal at the French Open after 2012.

Petra Kvitová has played some of her best tennis in the opening 4 rounds at the French Open 2020. In the 1st round, she defeated Oceane Dodin in straight sets before getting past Jasmine Paolini in Round 2. She breezed past L.Fernandez in the 3rd round and continued her lethal form defeating Zhang Shuai in straight sets in Round 4 to progress into the quarterfinals.

Laura Siegemund is one of the surprise names in the quarterfinals of the French Open this year. The German defeated Kristina Mladenovic in straight sets in Round 1 before getting the better of Julia Gorges in Round 2. In the 3rd round, she had to battle it out in 3 sets against Petra Martic. Siegemund had a comfortable victory in the 4th round on Monday defeating Paula Badosa in straight sets.

The duo have faced only one time in the past at 2015 US Open in the 1st round where Kvitová got the better of the German defeating her in straight sets. Kvitová leads the head to head record 1-0.

Petra Kvitová is playing her first quarterfinal at the French Open in 8 years. She has been playing some high quality tennis over the past week and is determined to lay her hands on the French Open title. With Simona Halep, Pliskova, Serena Williams all out of the French Open it is a golden opportunity for her to go all the way. Laura Siegemund has also had an incredible run so far in Paris with her powerful shot-making. But it will be difficult for the German to match upto Kvitová’s intensity.