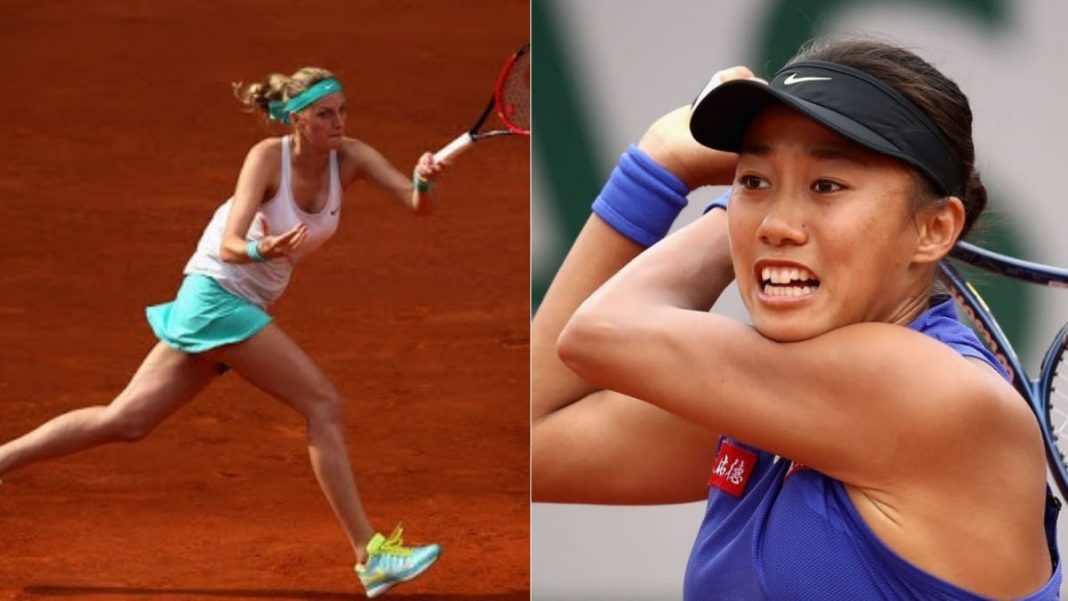 Two-time Wimbledon champion and 7th-seed Petra Kvitova will have her task cut out against ever-threatening Shuai Zhang when both players battle against each other in the Round of 16 at the French Open 2020. Zhang is looking solid at Roland Garros and since previous two rounds, she is quashing the local hopes.

Talking about the performance in the tournament so far, Kvitova is yet to lose a set. The 30-year old Czech, after facing little difficulty in the opening two rounds, had another easy outing as she sailed past the Canadian rising-star Leylah Fernandez in straight sets 7-5, 6-3 in the Round of 32.

Similarly, Zhang hasn’t lost a set up till now. The 31-year old Chinese, after stunning 12th-seed Madison Keys in the first round and breezing past home favourite Alize Cornet in the next round, met another Frenchwoman in the third round. Though the match didn’t go into the decider, Zhang had to battle hard to overcome Clara Burel 7-6, 7-5 in a close encounter.

The two women have had a good rivalry in the past as prior to their meeting in the French capital, they have faced each other on five occasions. Kvitova holds a slender lead in the head-to-head record by 3-2. The last time Kvitova and Zhang met was in semifinal of the 2018 Prague Open, where Kvitova eased past the Chinese in straight sets 7-6, 6-0.

Kvitova will start as a favourite to emerge victorious. Looking at the form Zhang is in, expect it to be a cracking contest and it has all the ingredients present in it to go to the distance. Expect the Czech to somehow cross the finish line and make it to the last-eight, as she is alsom in her own league at Roland Garros.

Match Prediction: Petra Kvitova defeats Shuai Zhang in a nail-biting encounter that is certain to go to the decider.