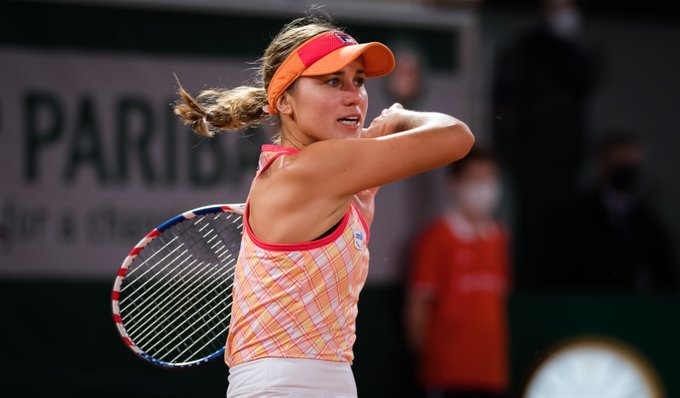 Sofia Kenin continues her successful run at yet another grand slam. The Australian Open winner defeated Danielle Collins to reach her first semi-finals of the clay slam at French Open 2020.

Kenin has set up a semi-final with Petra Kvitova after Kenin went to defeat Collins, 6-4, 4-6, 6-0. The Australian Open winner has registered her 15th slam match victory in 2020.

Kenin was focused as she played a disciplined opening set. She captured an early break. In set 1, Kenin brushed 13 winners and merely 10 unforced errors as she won her first-ever opening set against Collin. Kenin won 83% of points won on 1st serve. Similarly, the second serve was impressively effective as she won 55% points. Collins, hit 16 winners but almost equal, 15 unforced errors.

Kenin broke Collins in the fifth game of the second for an advantage to seal the match. However, Collins was not yet ready to end the clash. She retaliated and earned another break to inch ahead 5-4. Kenin saved two set points in the tenth game, yet, Collins converted on her third opportunity to level the match. After 92 minutes of play, the Americans were back to square one.

In the final set, Sofia Kenin stormed to a triple-break and 5-0 lead as she served out the win with her 38th winner of the clash. Kenin improves to 15-1 win-loss at the majors in 2020.

Sofia Kenin defeat Danielle Collins 6-4, 4-6, 6-0 and has set up a semi-final clash against Petra Kvitova.