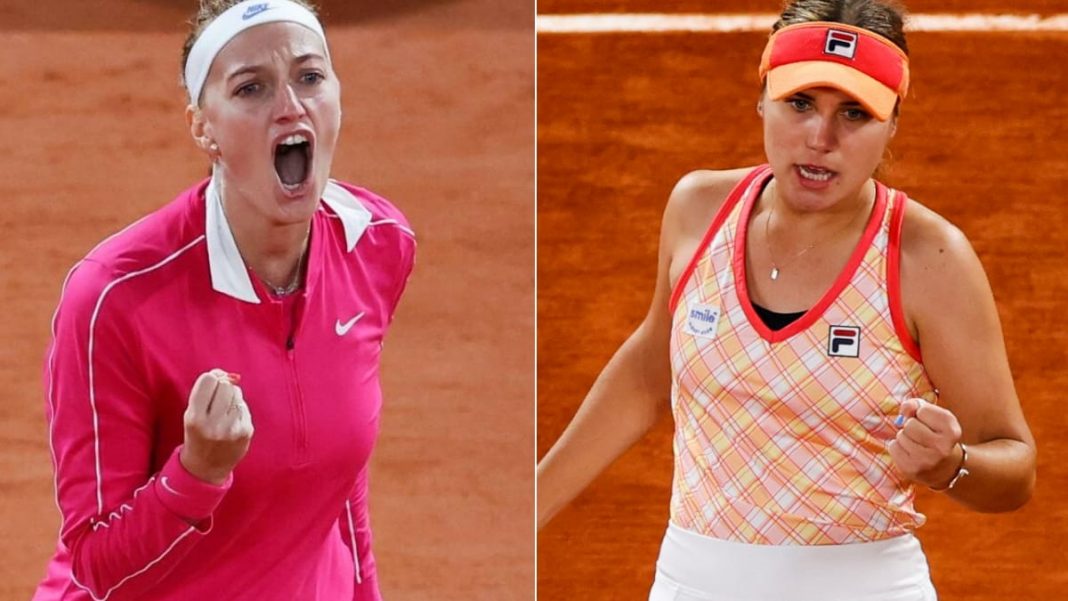 French Open 2020 semi-final clash between the only seeds left in the women’s draw. The fourth seed Petra Kvitova will take on eleventh seed Sofia Kenin. Kenin is into her first French Open semi-final and will face the experienced two-time grand slam champion Petra Kvitova.

The battle between the only two seeds within the women’s singles draw will end, as only one will survive to reach the finals. The World No. 11 Petra Kvitova has not dropped a single set as she heads towards the semi-finals.

In her opening matches, Kvitova defeated Oceane Dodin and Jasmine Paolini in straight sets. She then reached the second week of the tour after defeating Leylah Annie Fernandez. The two-time grand slam champion has been played phenomenal tennis on the clay as she defeated China’s Shuai Zhang to make the round of 16. In her quarter-finals, she made a comfortable win against Germany’s Laura Siegemund to set up a semi-final match.

Sofia Kenin is the only American left in the draw after defeating compatriot Danielle Collins in the previous round. She had to endure a tough opening round against Russia’s Liudmila Samsonova. Except for a third set where she won in straight sets, she won all other matches in the last set.

Sofia Kenin and Petra Kvitova have met each other at two other occasions. The duo will meet each other for the third time and the two Grand slam champion leads their head-to-head record by 2-0. The last clash between the two happened at the Madrid clay last year where Kvitova won in straight sets.

The match between the two will surely be one of the best matches in the women’s singles category. While Sofia Kenin is the player in form after winning the first major in 2020 at the Australian Open, Kvitova is more experienced. She has been enjoying an easy ride, but up against the 21-year-old American, Petra will have to pull out something better from the box.