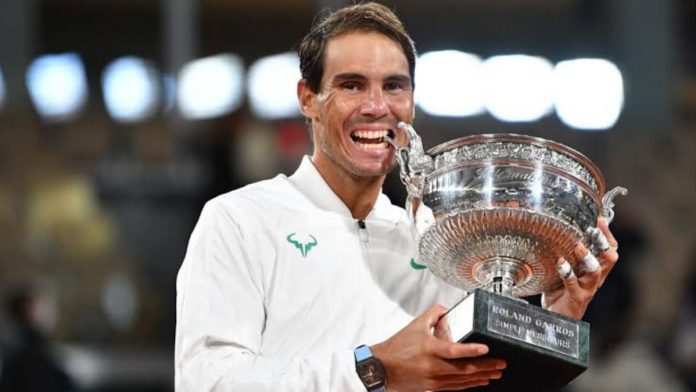 The clay court season will take over the tennis circuit once again after the conclusion of the Miami Open next week. Last year, fans got to witness only a few tournaments on clay due to the covid-19 disruption. Italian Open, Hamburg Open and the French Open were the only big tournaments played on the surface last year.

However, this year fans will be treated to an action packed season on clay. The Monte Carlo Masters, an ATP 1000 event will get the clay court season up and running as it commences from April 11. However, all eyes will be on the French Open that is generally held in May-June.

The key dates for French Open 2021 have been announced, with the event taking place from May 23 to June 6. The main draw ceremony will be held on May 20 and the two days designated for the media are May 21 and 22. The qualifying event for the main draw will be held a week prior as usual.

Rafael Nadal claimed his 13th French Open title last year as he defeated Novak Djokovic in the finals in straight sets. The Spaniard was dominant throughout the tournament, and did not even drop a single set. Nadal has not played since his quarterfinal loss at the Australian Open 2021 last month, and is recovering from a back issue.

Nadal who dropped to the world number three spot, after Daniil Medvedev surpassed him in the ATP Rankings should be fit for the clay court season. He is expected to return at the Monte Carlo Masters and will play in atleast three tournaments in lead up to the French Open. As always, he starts as the certain favorite to win Roland Garros.

If Rafael Nadal manages to win his 14th French Open title, he will hold the record for most Grandslams won by a male player all by himself. As things stand, Roger Federer and Rafael Nadal have won 20 slams each, with Novak Djokovic just behind them with 18 majors.

Also Read: Wimbledon 2021 has a new update – Tradition of ticket resale and queue will not be in operation this year

Shivansh Thakur - June 13, 2021
The UFC Flyweight fighter, Brandon Moreno accomplished the unbelievable at the co-main event of UFC 263 by defeating Deiveson Figueiredo and becoming the first-ever...