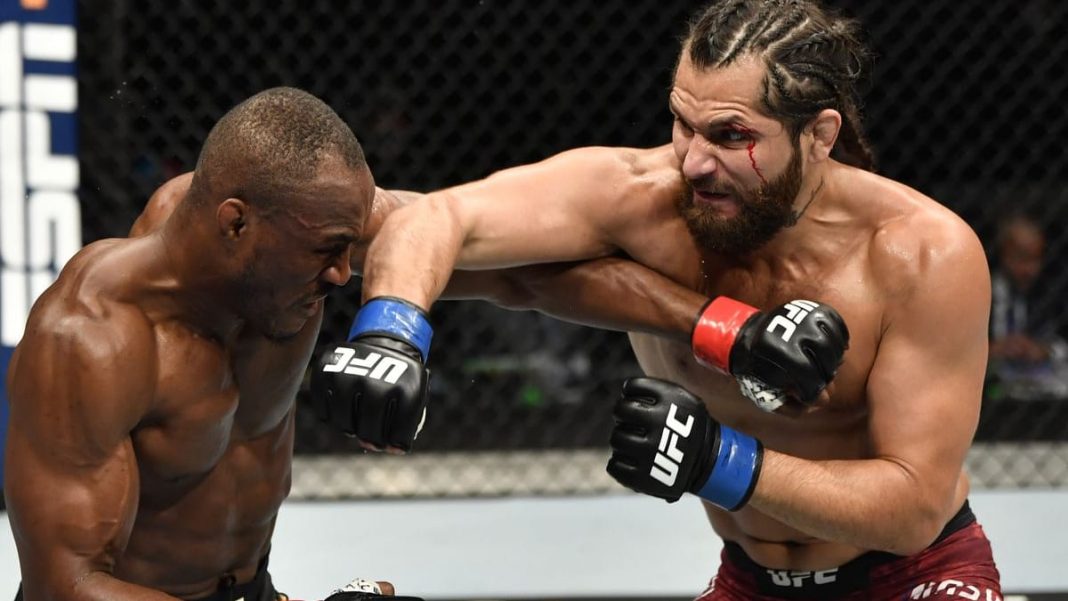 The whole world went in awe when the reigning Welterweight champion, Kamaru Usman defended his title against his former teammate Gilbert Burns. The Nigerian once again proved why he’s the best welterweight in the division right now.

Usman sees no friends in the ring and he made that clear when he jabbed his former teammate to a knockout. The UFC world and fans await the welterweight kingpin to fight in octagon and defend his title again. At the moment Kamaru stands on 3 title defenses. In the post-match Kamaru called out Jorge Masidval who he previously fought and also won.

The champion tweeted out, “I’m feeling generous!!!” to which Jorge replied saying he will take everything from Kamaru. At that moment everyone was confident that Jorge will be the one fighting Kamaru in the next fixture.

But recently Kamaru arose doubts among fans as he welcomed anyone to fight. At first, he was determined to fight Jorge again but seems like Kamaru has other ideas. A recent tweet said, “Fuck it I’m not feeling generous anymore. Anyone can get it.”

As soon as the Nigerian welterweight tweeted his thoughts, Jorge Masvidal replied to the tweet saying, “That’s what I thought. The full camp he says nope! Got cold feet when you heard we said yes.” Jorge’s tweet confirms that he is ready to fight Usman.

The excuse Jorge Masvidal presented after he took a beating and lost to Usman the first time was he took the fight on short notice. To be fair to Masvidal he did agree to fight Kamaru on short notice.

Jorge Masvidal will look to compete against Kamaru and avenge his loss at the UFC 251 last July. Who do you think will be fighting Kamaru in the next fight? Kamaru now has tons of options and is looking to clean the division and become the GOAT.