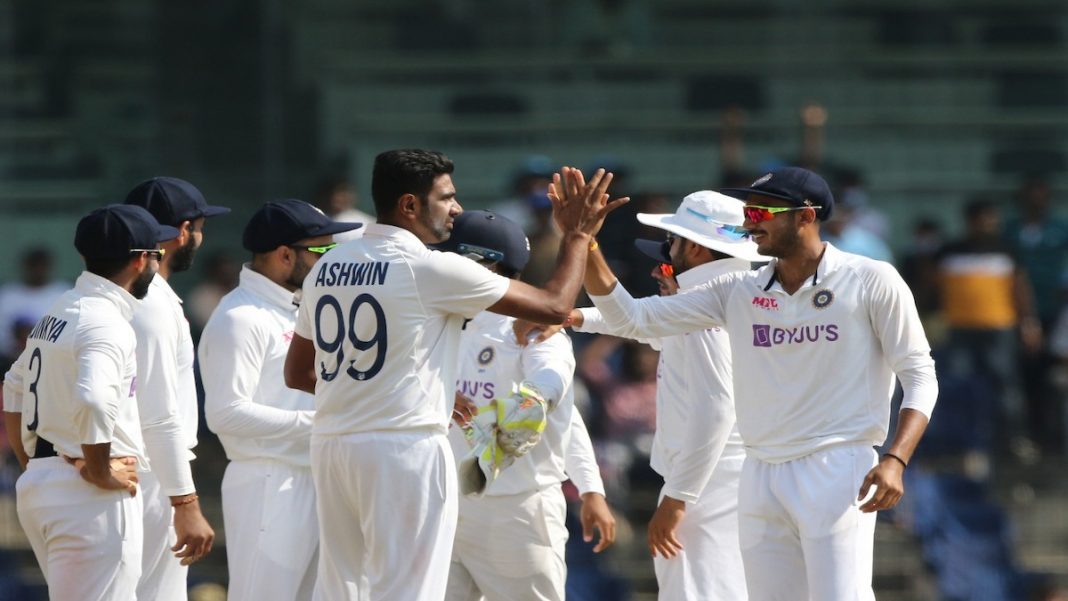 India’s debutant in the second test against England, Axar Patel impressed by picking up a five-wicket haul in the second innings to add to his two wickets in the first innings. The left-arm finger-spinner was unlucky to not make his debut in the first Test as he had to withdraw due to a knee injury. In his place, Shahbaz Nadeem was picked and wasn’t able to deliver on a flat pitch as he erred in line and length.

In the second test, on a pitch that started turning from day 1, Axar’s sliders and deliveries that were quicker through the air were supremely effective. Even more impressive was the fact that the southpaw dismissed England skipper Joe Root not once but twice in the Test. Root had been the danger man especially given his form before the test and hence, Axar’s wickets were crucial in India’s win.

Axar Patel has joined a list of just 5 Indian spinners who have achieved the feat of picking up a five-wicket haul on Test debut. The first to do it was VV Kumar against Pakistan. Dilip Doshi and Narendra Hirwani did it in the 1980s before Amit Mishra and Ravichandran Ashwin did it in the 21st century. Axar Patel has become the latest entrant to the list with his fifer in the second innings against England in the second Chennai test.