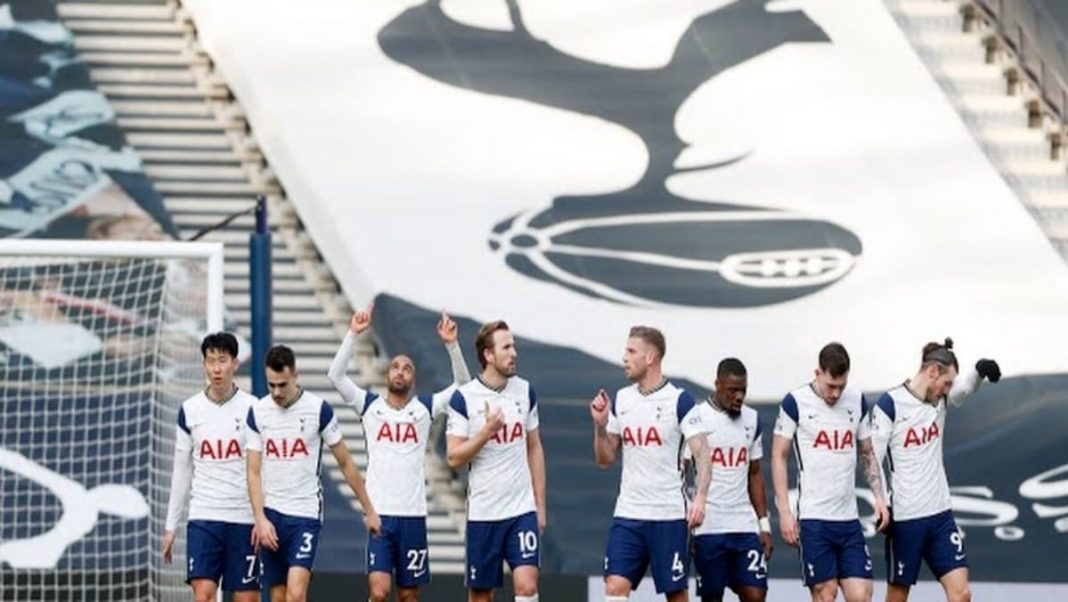 Jose Mourinho’s men moved up from 10th to 8th in the league table and are now just 6 points off the Top-4 place. Lucas Moura and Harry Kane scored both sides of Bale’s goals to hand Tottenham a dominant 4-0 win over 15th placed Burnley.

Jose Mourinho started Son, Bale and Kane for just the 2nd time after Bale’s arrival and the move paid off immediately for the hosts. Bale scored in the 2nd minute of the match poking in Son’s cross at the far post. The goal stood after a VAR check for possible offside.

Bale turned provider for Kane when he hooped in a long ball from inside the Tottenham half setting Kane free on the left hand side. The striker made no mistake and slotted home to score his 15th goal of the season.

Lucas Moura joined in on the act in the 31st minute smashing a left-footed strike in the top corner as Burnley defenders failed to clear Reguilon’s cross from the left. Burnley lacked the attacking edge and Sean Dyche was heard screaming “Shoot, Jay (Rodriguez) shoot” from the touchlines.

Gareth Bale then rounded off an excellent afternoon for Tottenham and scored from a one touch finish in the 55th minute. Son raced in from the left finding Bale in loads of space and the Welshman slotted into the bottom-left corner with a sublime one touch finish.

Bale was later adjudged man-of-the-match for his 2 goals and one assist. The Welshman looks to have found his mojo back after coming under heavy criticism in the initial weeks.

Also Read : ‘We wanted him at Paris Saint Germain’ : Thomas Tuchel missed out on signing this Manchester United player