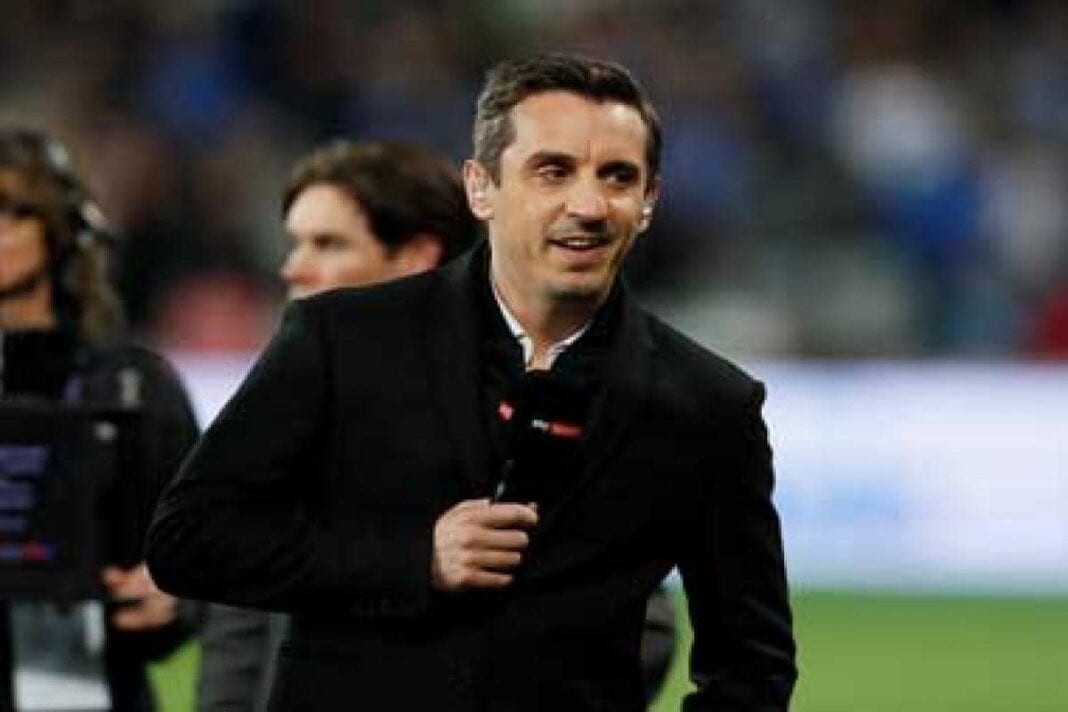 Manchester United’s legend Garry Neville was left red-faced after it was announced on 13th July that Manchester City’s Champions League ban has been overturned. Neville was seen stating “It’s no surprise that in a serious court that Manchester City have won this case because UEFA is an organization that simply cannot organize their disciplinary measures.”

The former England star also criticized Financial Fair play and UEFA after his old team’s counterpart was exempted from their banishment of European football for the next two seasons. He stated that “needed this slap around the face”.

Many football pundits predicted the ban could cause many players swapping their Man-city’s colors for some other team in search of European football. The blues were handed the suspension by UEFA’s club financial control body (CFCB) in February for “serious breaches” of club licensing and Financial Fair Play regulations, though the Manchester City were seen blatantly denied the charges.

With the help of concrete evidence over the course of three days in June, CAS overturned the suspension and reduced City’s initial fine of €30m €10m (£8.96m) after finding “most of the alleged breaches reported were either not established or time-barred”.

The Sky Sports Football pundit lashed at football governing bodies with his comments in which he stated “UEFA can’t get a simple disciplinary hearing right – we’ve known that for years and years – and they’re certainly not going to be able to get something right that’s complex. They’re an organisation that is ultimately transitioning away from what it has been in the past and this is in some ways a hangover from something that started a few years ago.

But it’s no surprise that in a serious court that Man City has won this case because UEFA is an organization that simply cannot organize their own disciplinary measures. The idea that they could take on a Manchester City legal machine that was going to throw everything at this and rightly so, not just because they’ve got the money but because they’re defending their reputation, they were always going to come unstuck”.