Home Cricket “I would rate Harbhajan better” – Gautam Gambhir on who he would... 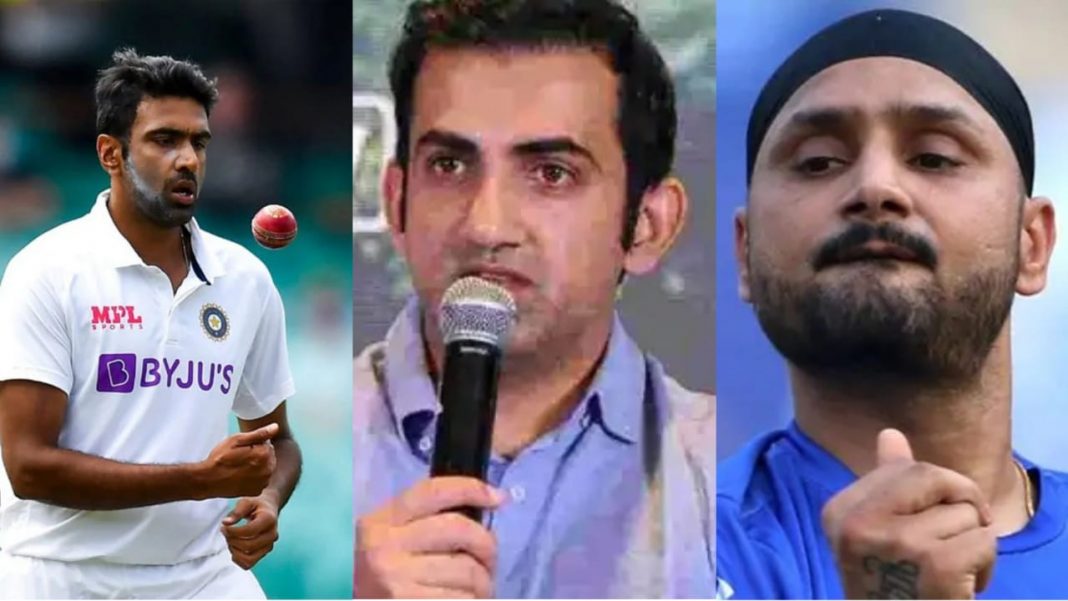 Ravichandran Ashwin became the second fastest bowler ever to reach the landmark of 400 wickets when he dismissed Jofra Archer during the third test against England in Ahmedabad. The test was marred by talk of the pitch being unplayable and a rank turner even as the spinners proved to be extremely effective by picking up a huge chunk of the wickets. Ashwin scalped 7 for India while Axar Patel picked up a whopping 11.

After the match ended, former Indian cricketer Yuvraj Singh took to Twitter to congratulate India, Ashwin and Axar on the win. But, he also mentioned that if the likes of Anil Kumble and Harbhajan Singh had played in such wickets, they would have got much more wickets in their careers. The tweet led to a lot of debate and discussion and Gautam Gambhir was asked about it on ESPNcricinfo‘s show Runorder where he gave his views.

Would you pick Ashwin or Harbhajan? – Gambhir responds

Gautam Gambhir was asked as to who the better bowler between Harbhajan Singh and Ravi Ashwin is. He said, “It’s difficult to compare eras but at the moment, I would feel that I would rate Harbhajan better when he was at his peak. Ashwin at the moment is the best off-spinner in the world but if Harbhajan played in different kind of wickets and with no DRS.”

Speaking further, he said, “Also, Harbhajan had the doosra when he was bowling. Ashwin doesn’t have that option as he is a finger-spinner and doosra is not allowed. It’s a tough one but at the moment, I’d still give it to Harbhajan. But if I had to talk about the overall package, Ashwin is a better package. From a bowler’s point of view, Harbhajan has the edge.”

On being asked about Yuvraj Singh’s tweet, he said, “Yes, wickets are different now. But DRS plays a huge role. Had there been DRS when Anil Kumble or Harbhajan were bowling. They’d have got to 1000 and 700 wickets respectively. From that point of view, I agree with Yuvraj Singh’s tweet. Wickets are exactly same for everyone. Ashwin doesn’t ask for these wickets. And Ashwin is under even more pressure to deliver in such wickets.”

Finally, Gambhir was asked to choose one of Ashwin or Harbhajan for home and away tests, he immediately replied, “I’d pick Harbhajan both home and away.”

Also Read: Shahid Afridi posts message of thanks on his birthday; causes confusion regarding his real age