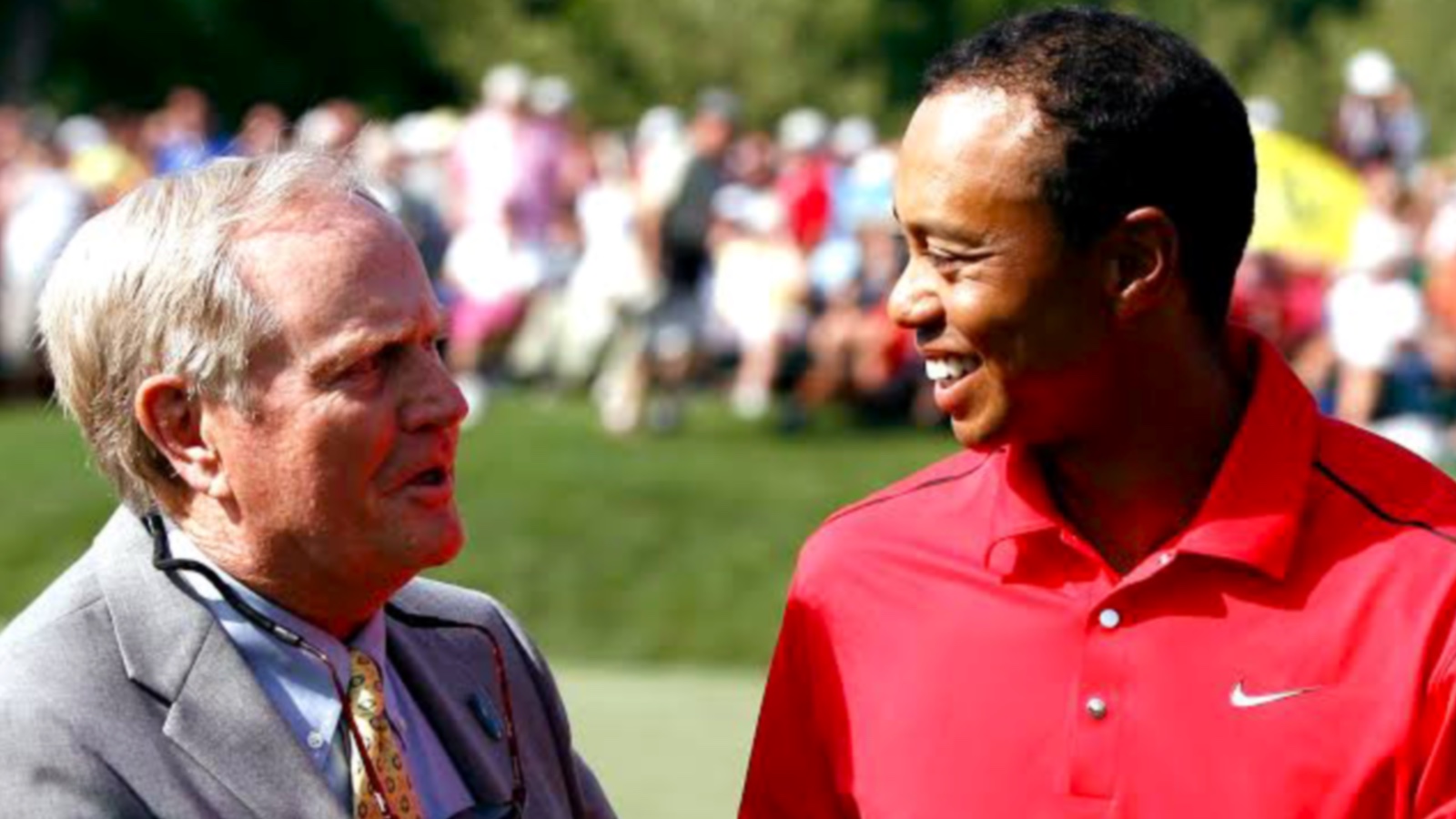 Tiger Woods is easily considered to be one of the greatest golfers of all time. Holding numerous records, Woods is tied in first place for the most number of men’s Major Championships win ever. Woods’ dominance was undeniable. He was the top-ranked golfer in the world from August 1999 to September 2004- 264 consecutive weeks- and again from June 2005 to October 2010- 281 consecutive weeks.

However, reaching that place of perfection took quite a long time. Woods recently talked about his journey through his swing evolution. He also recalled how Jack Nicklaus helped the golfer get better. “So Jack used to watch me hit balls and he goes up to me and says ‘Son, why you teeing it so high? He said,’Hey, the longer the ball is in the air, the longer time it has to go more crooked’. You need to get that ball on the ground,” quipped Woods. “I went, yes sir!” chuckled Woods.

Tiger Woods’ golfing evolution is a long and interesting one

Woods talked about his swing evolution. Looking at footage he said in the 1990s, “The club was inside and a little across. A little shut, flippy and I hit a big roping hook. It was a hook or a hook and that was it. My cut was more of a controlled hook,” recalled Woods.

He talked about how hard he used to push off with his right foot. His main goal however was to try at take that out of practice. He said he could never slide his leg out of it because he played baseball. “But I was so flexible and wiry that that was also just the pure rotation of it,” said Woods, talking about his evolution.

Also read: “Don’t want to be there anyways”- Bubba Watson doesn’t care if he is not welcome at the Masters anymore