by Paridhi Agarwal
in Golf 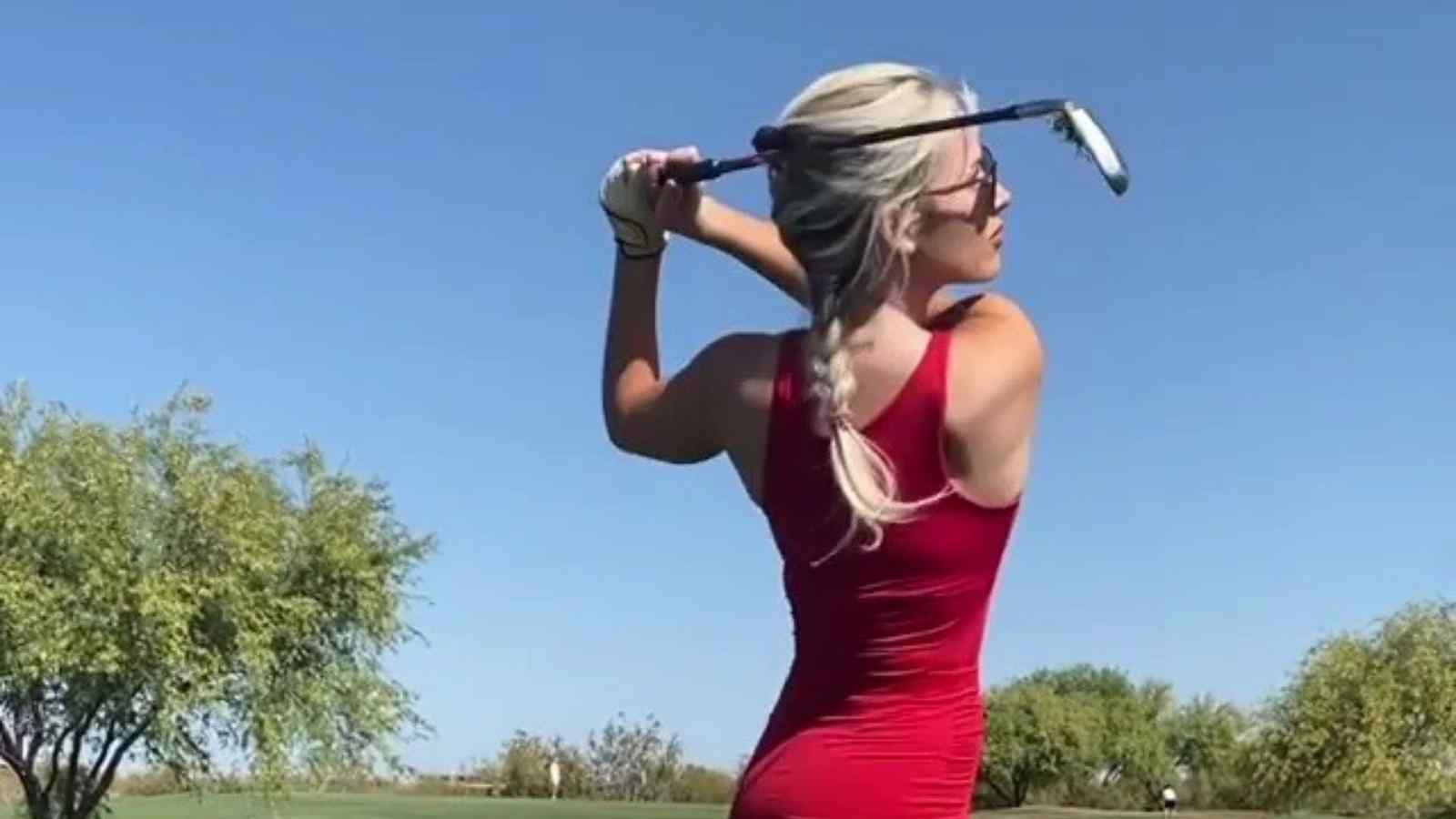 Should baseball allow the use of steroid drugs? Paige Spiranac primarily discusses golf, but she also has thoughts and ideas on a variety of other sports. After the Padres star, Fernando Tatis Jr. was suspended for 80 games for using performance-enhancing drugs, Paige Spiranac had a contentious idea.

The sports commentator was a professional golfer in the past and now believes that Major League Baseball players should be allowed to take steroids. There have been some baseball fans who have suggested something along these lines, and while the late 1990s were a pretty exciting time for baseball because of the rise of the home run, this is not likely to happen.

Support of steroids and Paige Spiranac’s view on it

One of the audience members wrote, “This has got to be the worst take of all time.” Another fan chimed up with the following comment: “Best insight into this whole Tatis suspension yet…” “The answer is yes to monstrous home runs. I, on the other hand, do not believe that it should be lawful”, another supporter chimed in.

“Let’s make steroids legal. I want to see those guys accomplishing things that are beyond the capabilities of humans, like hitting home runs “— she said. “And while we’re at it, we should also consider inducting Pete Rose and Barry Bonds into the Hall of Fame. Just like that, in its simplest form.”

The Steroid Era was marked by some amazing individual accomplishments and played a significant role in luring people back to the game of baseball after the strike in 1994. It was incredibly hypocritical of the powers that be in the sport to try to crack down on and punish players who used steroids after they willingly promoted them and their on-field exploits.

While we aren’t sure how we feel about MLB just legalizing PEDs, we do know that it was incredibly hypocritical of them to try to legalize PEDs. At the very least, the chance of something similar occurring in the future would be removed if Spiranac‘s plan were implemented.

Paridhi is a third year law student from Symbiosis Law School, NOIDA, who is also an avid writer and reader. She loves to write in all genres and is versatile to all kinds of writing. Besides academic and content writing, she is a keen traveler and a trained classical dancer.