Social media favorite Paige Spiranac has entered the ongoing fued between Brooks Koepka and bitter rival Bryson DeChambeau and amused people online. Many are furious with Spiranac’s unnecessary ‘nose poking’ while some are enjoying the social media spat.

Spiranac shared a still image of a Koepka eye-roll on Twitter and captioned it: “When people tell me to get an Only Fans” – in reference to the popular adult site where female pin-ups share racy content.

The image has supposedly been taken from leaked footage at last week’s PGA Championship and has gone viral with almost 5 million view. Koepka, who finished joint-second in the tournament won by Phil Mickelson, was asked about his difficulties navigating the Ocean Course with his putter.

“I felt it difficult to read sometimes,” Koepka admits. But then bitter rival Bryson DeChambeau passes, supposedly muttering “just gotta start it on the right line”, which distracts Koepka to the extent of losing his concentration and letting off the already-famous eye roll.

“I lost my train of thought, hearing that bullsh*t. F*cking Christ,” he tells Golf Channel presenter Todd Lewis. When Lewis tells him “We’re going to enjoy that back at the TV bunker”, Koepka finishes by saying “I honestly wouldn’t even care.”

The feud between the two golfers began back in January 2019, when Koepka blasted DeChambeau for slow play at the Dubai Desert Classic. DeChambeau was not to stay mum. He hit back after seeing Koepka’s topless photo in The Body Issue a year later, at the start of 2020.

“I don’t think his genetics even make him look good,” DeChambeau balked. “Did you see The Body Issue? He didn’t have any abs. I have abs.”

Coming back, Brooks uploaded a picture of the four major trophies he has won thus far and captioned it “You were right.  I am 2 short of a 6 pack!” while tagging his arch nemesis, who at the time had still not won his first in the US Open that took place later that year.

It was Spiranac’s time to barge in. “Phil winning yesterday was so good for golf,” she tweeted. “I selfishly wanted him to retire so we could see him in the [commentary] booth, but I guess we’ll have to wait for that and watch him thrill on the golf course for years to come. It’s a win win for all of us.”

But still, the victory was marked with controversy after crowds swarmed the 72nd hole, and Koepka voiced his displeasure afterwards.

“Trying to protect my knee,” Koepka confirmed, when asked what was on his mind as the crowd swarmed. “I don’t think anybody really understands until you’re actually coming out of surgery how… I mean, even when I was doing rehab and there’s five people kind of standing by your knee, you get a little skittish.”

“I don’t mind waiting or being in that crowd but getting my…I don’t know, it felt like somebody tried to, I don’t know what the deal was, but it is what it is. I will be putting it in ice today. It feels like sh*t right now,” Koepka stated.

Mickelson then said he had “never had something like that” over his storied career. “It was a little bit unnerving but it was exceptionally awesome, too. So that was kind of a special moment that I’ll be appreciative of, the way that people here have supported me and the entire tournament.”

Responding to the furor, PGA of America CEO Seth Waugh released a statement late Sunday evening. “While we welcome enthusiastic fan engagement, we regret that a moment of high elation and pent-up emotion by spectators during the conclusion of yesterday’s historic PGA Championship briefly overwhelmed security and made two players and their caddies feel vulnerable,” it read.

“We always put player safety at the top of our list and are grateful order was restored. I have spoken to both players and apologized on behalf of the Association,” Waugh concluded. 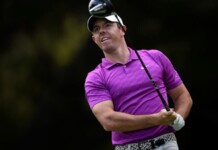 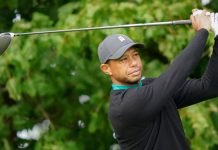 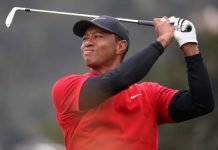 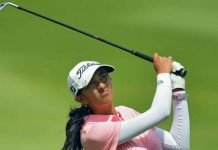 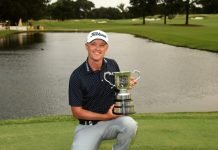 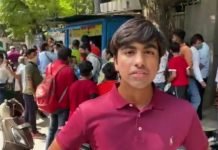