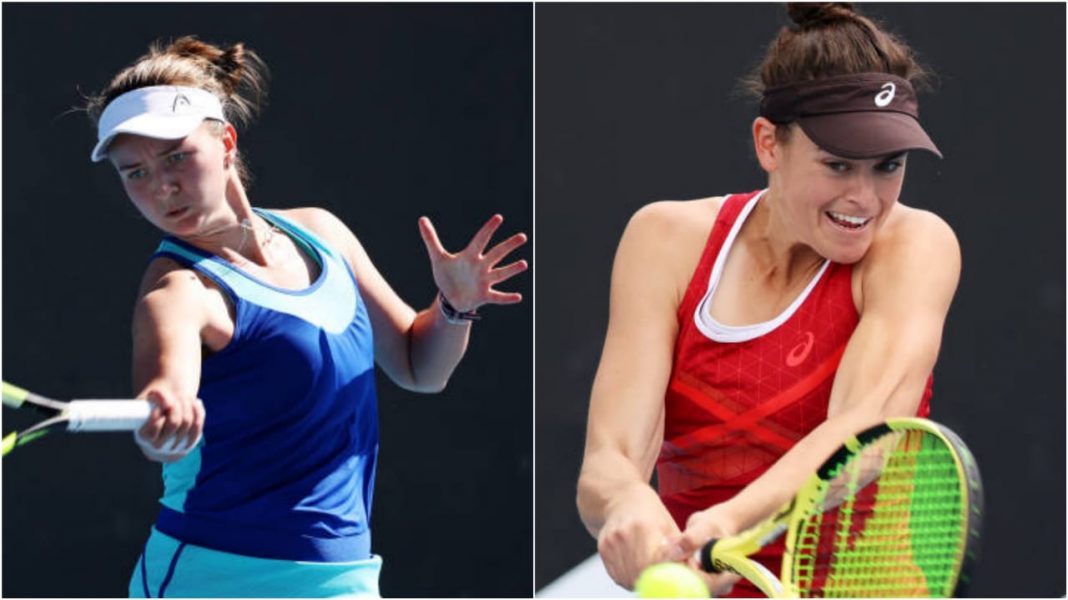 Seventh seed Jennifer Brady will battle it out with Czech Barbora Krejcikova for a place in the semi-final at the Grampians Trophy 2021. The 25 year-old American, Jennifer Brady has had a magnificent start to the Aussie leg. She has won her opening two matches in straight sets dropping just 8 games.

She would be hoping to use this tournament as an opportunity to assert her presence on the tour following a breakout 2020. Not only did Brady reach her first Major semifinal last year (at the US Open), but she also won her first title and attained a career-high ranking of No. 24.

World no.66 Barbora Krejcikova is currently trying her hand in singles having previously won multiple grand slams in the doubles category. The Czech defeated Lauren Davis in the first round before getting the better of fourth seed Elena Rybakina in three sets.

The two players haven’t played each other before. This will be their first meeting. Interestingly, both players have very similar traits in their gameplay and are bound to give each other a hard time on court. The H2H is 0-0.

The two players have very similar games yet they have had very contrasting outings in the 2021 Aussie summer so far. Jennifer Brady has won her opening two games comfortably dropping just 8 games. On the other hand, both of Barbora Krejcikova’s opening round matches went to the distance. She has played over 4 hours on court in the tournament; 2 hours more than her opponent.

The American looks the clear favorite to win this unless the Czech plays out of her skin.