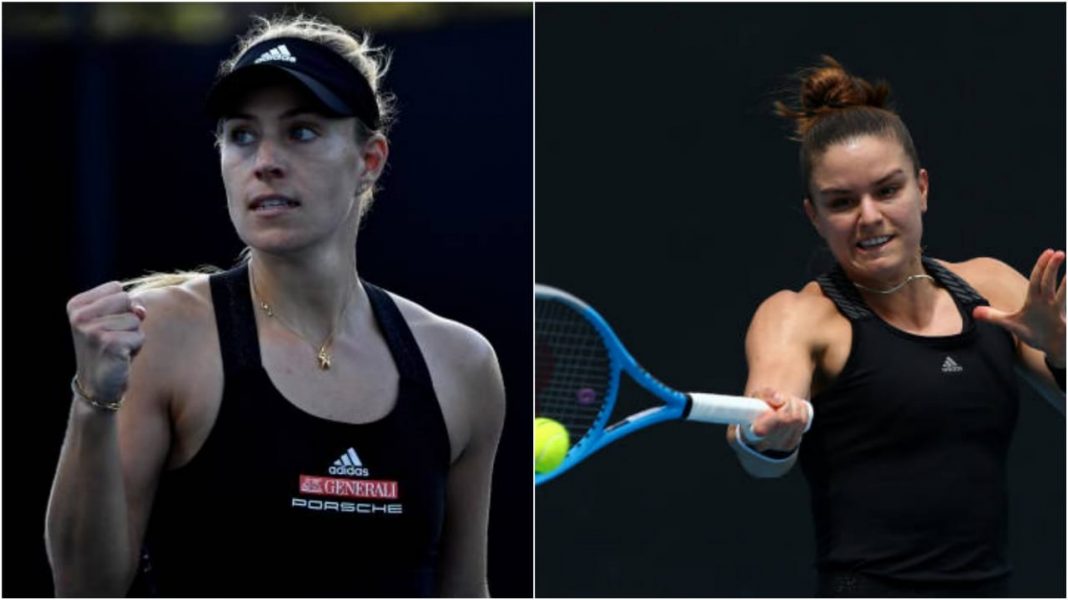 Greek Maria Sakkari will battle it out with German Angelique Kerber for a place in the semi-final at the Grampians Trophy 2021. Maria Sakkari has been in the form of her life. She has been playing exceptionally well even before the end of 2020 and is continuing that in 2021 too.

She defeated Canadian teenager Leylah Fernandez 6-2 6-2. The 18-year-old lefty had beaten Sloane Stephens in her first match and was eager to take her 25-year-old opponent to the distance who was playing in her first match since arriving in Australia.

But Sakkari who is fresh from a semifinal run at the inaugural Abu Dhabi Open last month, proved too good for her opponent. The sheer brilliance of the fifth seed took the fans by surprise too.

Things have been difficult of late for Angelique Kerber. She hasn’t had much form for the past couple of years.  She recently turned 33, and has been plagued by injury troubles since the start of last season. Despite a short 2020 season, Kerber played only 13 matches last season. She won seven of those and lost six. Her best results came at the Majors, where she made the second week of the Australian and US Open. The 2016 Australian Open champion defeated Siniakova in first round before defeating Jabeur to reach the last 8.

This will be the third meeting between Kerber and Sakkari. Angelique Kerber brings a 2-0 head-to-head record into this encounter. She beat the Greek in Hong Kong in 2016, and the Rome Masters in 2018, both in straight sets.

Kerber has been around on tour for a long time now but hasn’t been able to get her touch back of late. Sakkari is in terrific form and looks promising to win the encounter. If Kerber has to win, she will have to bring out her ‘A’ game otherwise Sakkari will run over her left, right and center!

Also read: “I’d like to take the food and watch Netflix” – Naomi Osaka asks for restaurant recommendations after quarter-final win at WTA Melbourne 2021