“The way I lost was easier to accept for me,” Gregor Gillespie won’t let this affect him that he is no longer undefeated 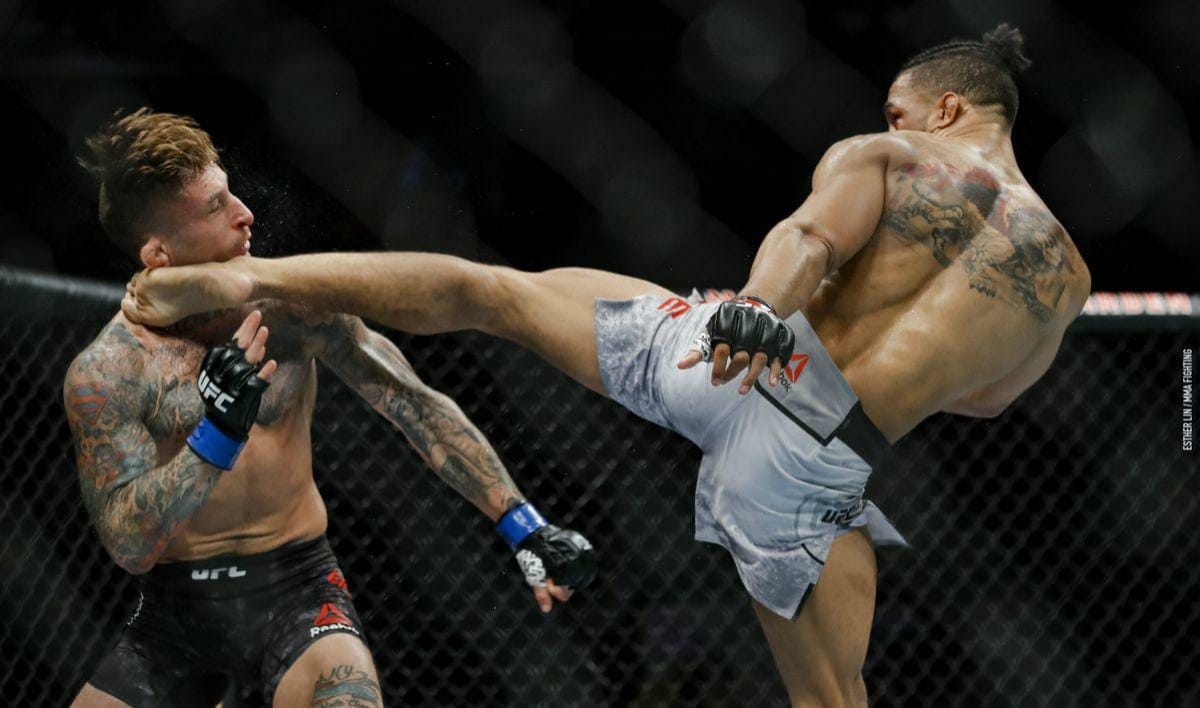 Gillespie was considered as the black horse of the division by many before he lost his first MMA fight against Kevin Lee which was his last fight. Prior to this loss, Gillespie’s five-win came via TKO in total six wins.

Now, Gregor Gillespie is looking ahead of that loss and he won’t let it affect him further. On the UFC Vegas 22 pre-fight interview, Gillespie says, “It’s been behind me, the few weeks following the loss it was behind me,”

“If I had been dragged through the mud and then lost a bad decision, that would’ve hurt me way more. I got hit with a really nice punch followed by a really clean kick. Props to Kevin Lee on that.”

“That was a beautiful combo. I don’t know if you can do it better than that. It wasn’t lucky. It wasn’t ‘I got caught.’ It was perfectly executed and credit to him on that.”

“The great thing about the UFC and the fight game in general, but really the UFC, the zero at the end of your record, it isn’t all they care about – and they actually said that to me,”

“A few of the guys higher up said, ‘Don’t worry about that, just keep performing,’ and I think that the thing about fighting in the UFC and MMA in general is that you can erase all that bad stuff with a good performance on Saturday night.”

With six consecutive wins in the division prior to his last loss, Gregor Gillespie was considered a potential threat for the title but the loss against Kevin Lee altered his trajectory but not that much according to him.

Gillespie added, “They only care about the last one, and that’s the proof right here, is that I had 13 wins in a row with 5 finishes in the UFC and I lost one, and that’s all people remember. I get it: That’s part of the culture.”

“Winning is the only thing that matters, And to parlay that, winning and looking good doing it, not being a boring fight or looking cautious, not being a fight where I wish I’d done more. I don’t want to underperform.”