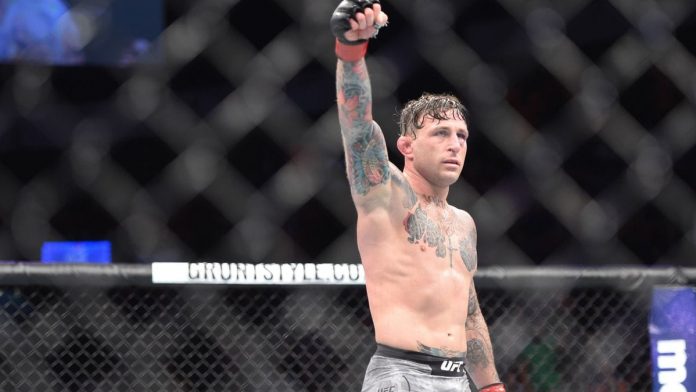 Gregor Gillespie, the American UFC lightweight fighter is returning to the Octagon for the first time in over a year. The pro-wrestler has got a return date for his next UFC fight. The lightweight contender is scheduled to take on Brad Riddell.

Gregor last fought in the UFC in 2019. His last bout was against Kevin Lee at the UFC 244. The American lost to Kevin via knockout in the very first round. Gregor has only lost to Lee in the past with a stunning record of 13-1-0. UFC fans will await the return of Gillespie.

His opponent, on the other hand, Brad Riddell has an amazing record and is a fearful striker too. Brad is coming off 6 straight wins in the last two years and is looking to continue his streak. Riddell last fought at UFC 253 last September. He managed to win by decision against Alex da Silva Coelho.

The news about their fight was confirmed by MMA Junkie with the source of knowledgeable people and reporter Christopher Reive on Friday. Gregor Gillespie will sure be happy to be part of the lineup on March 20.

MMA Fighting used its source to confirm as to why the fighter hasn’t fought in almost two years. Gregor reportedly told that it was due to the ongoing Covid-19 pandemic. The fighter stated that since he resides in the busy city of New York it wasn’t easy for him to train.

The return of Gregor Gillespie is much awaited. Gregor when he began his UFC career went off on a 6-0 start, which included 5 finishes. It would be a treat to watch a striker like him back in the Octagon.

The UFC’s March 20 event is headlined by a middleweight bout between Derek Brunson and Kevin Holland.  Other fights that are eye-catching on the lineup are, Cheyanne Buys vs Kay Hansen, Julia Avila vs Julija Stoliarenko, and many more.