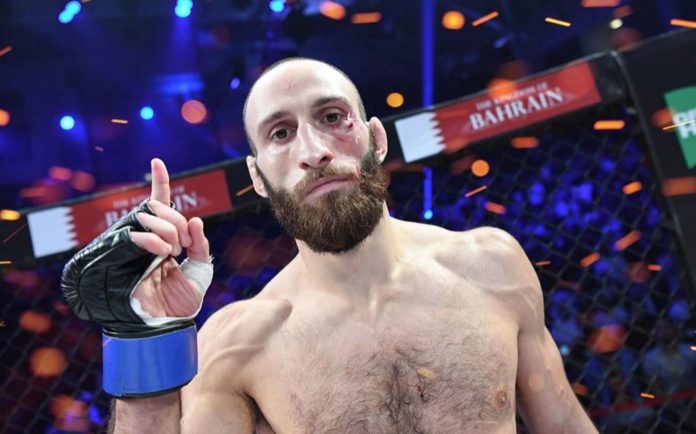 An ongoing Twitter war due to a callout has been taking center stage – between UFC newcomers Guram Kutateladze and Paddy Pimblett. Things took a turn for the worse after Pimblett made some insensitive comments about Kutateladze’s home country Georgia.

More recently, Kutateladze sat down with Farah Hannoun of MMA Junkie to address the thoughtless comments Paddy Pimblett made on Twitter. An irate Kutateladze seemed determined to teach Pimblett a lesson one day – fueling speculations of a matchup soon.

‘Very insulting for me’ – Guram Kutateladze

Kutateladze was quoted as saying, “He answered the way he did – very insulting for me – then I just answered back. So I told him to stay humble until he’s forced to become humble. At the time, I was in Bahrain and there were some Internet issues. So I went in in the evening, and I saw like 30 or 40 tweets from the guy, and I was like, ‘OK, he went crazy on me and my manager Nima.’ He wrote some very insulting things to him, and it’s really disgusting. He talked about Georgia, he talked about my people, my country, about war between Russia and Georgia – that Georgia deserves what happened.” [via MMA Junkie]

He continued, “But after he realized that the Georgian people started pressuring him like, ‘Hey, now you’re talking that it’s OK, that we deserve to die’ – this is not a joke. You don’t joke about some things. There are limits to everything. You have to respect the country, religion, family and stuff like that.

“He deleted his tweets and he kind of apologized, but you have to take responsibility for what you say. By deleting your tweets, it doesn’t mean you never said it. The words you say, they don’t disappear. I hope I meet him one day in the octagon, and I can punish this person for everything he said and for his attitude.” [via MMA Junkie]

Kutateladze once again mentioned that such comments can never be erased from his memory and that they would always stay. Speaking of which he said:

“I didn’t move on from Paddy. The thing is always going to be there. It’s not a childish thing for him, like five minutes you’re sad, or mad or grumpy about it, then after five minutes, you forget about it. It’s not like that. We’re adults. I got an offer from the UFC for my next opponent, but right now I can’t say the name. But there’s going to be a fight during the summer and we’ll hope for the best and keep on thinking positive.” [via MMA Junkie]

What are your thoughts on this? Will we see a matchup between the two soon? For sure, it will be a fun contest, to mark Paddy’s debut!