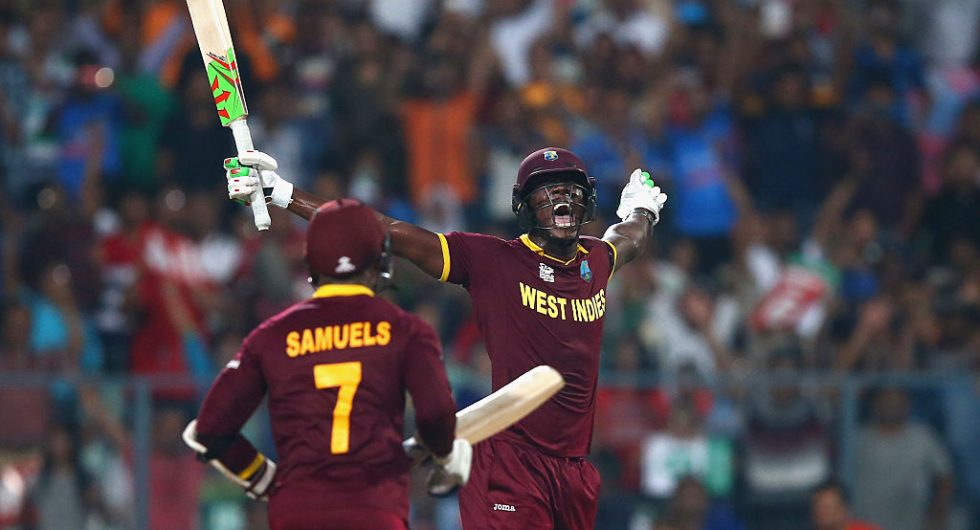 West Indies’ World Cup winner, Carlos Brathwaite celebrates his 32nd birthday. A player who possesses a talent with such as clearing the rope at any time to taking a wicket at the crucial wicket.

The legendary dialogue of Ian Bishop, “Carlos Brathwaite, Remember the name,” buzzed in every cricket fan’s ear when he set mayhem against Ben Strokes to strike 4 sixes in the last over to lift the T20 World Cup for his country.

Talking about his performance in the finals of that tournament. England started off in extravagant fashion but courtesy to DJ Bravo and Carlos Brathwaite, they could restrict the score to 155/9.

Quiet a chase able total but the pressure to lift the trophy got the better of Chris Gayle and Johnson Charles in the 2nd over itself. Samuel was the only consistent holder at one end while West Indies kept on losing wickets.

No matter what the set batsmen, Samuel would do, it all seemed to go to the vein as the required rate kept stepping up. Brathwaite came at the end with almost all odds against the Windies. With Ben strokes were given the ball, England was predicted, by many to win dominantly.

But every crisis is just an opportunity for a power-hitting West Indian. Brathwaite demolishes Strokes for 4-consecutive sixes to guide West Indies to their 2nd T20 glory. Not to forget Samuel did manage to score 85 runs but it took him 11 overs to do so.