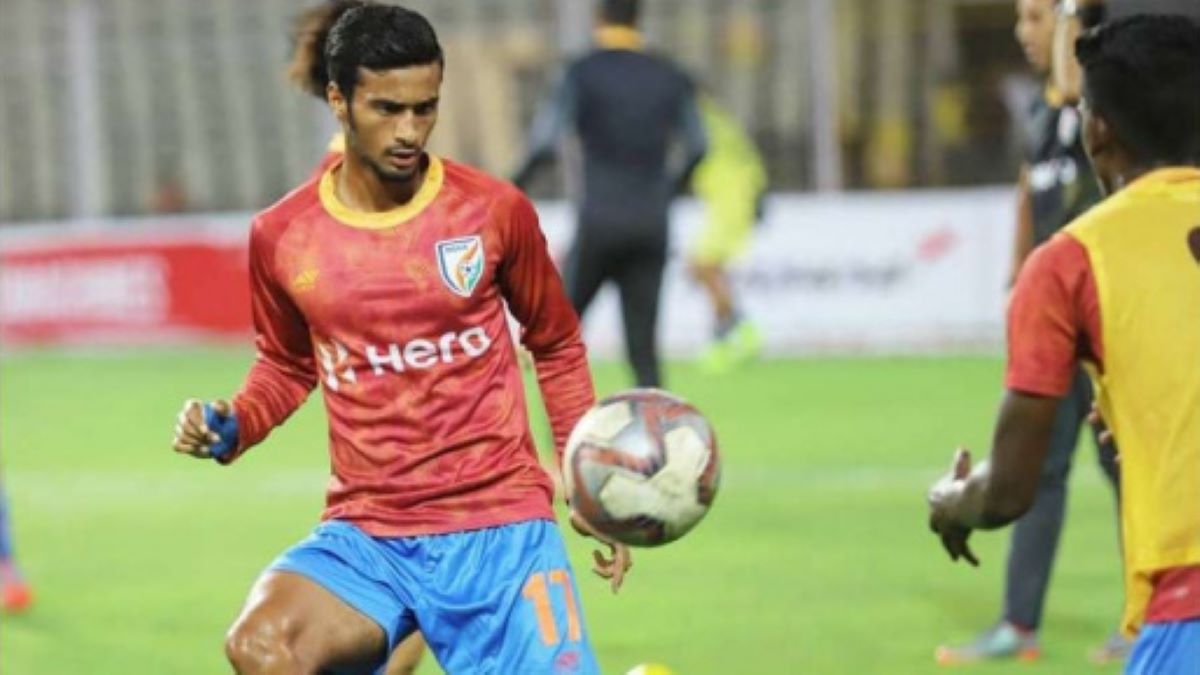 Winger Harmanpreet Singh has joined Indian Super League (ISL) club Bengaluru FC on a two-year deal. Bengaluru FC confirmed the acquisition of the young attacker on Sunday,18th July. Harmanpreet was a part of SC East Bengal last season and will now stay with the Blues until 2023.

Harmanpreet was a part of Indian Arrows in 2018 and recorded 14 I-League games before joining SC East Bengal for ISL 2020/21. The 19-year-old now joins Bengaluru FC on a free transfer prior to their next AFC Cup playoff match against Eagles FC.

After a good 2020/21 ISL season for SC East Bengal, where the youngster featured in seven games it was also learned that a number of other teams were interested in Harmanpreet, who was a substantial challenge for opposing defenders. However,  Bengaluru FC appeared to be the most viable choice for the youngster and has joined them in an attempt to improve himself.

Bengaluru FC’s head coach Marco Pezzaiuoli also expressed his excitement on the signing of the youngster.  He stated that Harmanpreet’s versatility will be a huge advantage for the Blues and the experience within the camp will help the 19-year old develop himself.

“I would like to welcome Harmanpreet Singh to Bengaluru FC. He is a young player who gives us an option in attack and on the wings,  and I am certain he will benefit from a dressing room that has experience. Wishing him the best on this new journey with the club,” said Marco Pezzaiuoli.

I will learn from the experience of Sunil Chhetri and Gurpreet Singh: Harmanpreet Singh

Harmanpreet Singh expressed his joy after signing for the Blues and hails them for the way they support the youngsters. He also stated that he is looking forward to playing under the guidance of Sunil Chhetri and Gurpreet Singh, and learn from their experiences.

“I am delighted to join Bengaluru FC. This is a club that has been successful throughout its existence, and it puts its trust in players irrespective of how young they are. I am looking forward to the new season and learning from some of the most experienced players in the country – especially the likes of Sunil Bhai and Gurpreet Bhai. I want to give my best for this club and win trophies with it,” said Harmanpreet Singh