England #9 Harry Kane is reported to have said that he has no contact with Tottenham, and is looking to get into form to lead England to Euros victory. Kane’s future has been a hot topic of discussion for some weeks now, starting with Kane handing in a transfer request and to the recent £100m bid made by Manchester City.

Kane has looked some way off his best in the ongoing Euro 2020 tournament, drawing a blank in front of goal in all three matches so far. Given their embarrassment of attacking riches, England have been disappointingly toothless in the group stages, scoring just twice in three matches. Only one English player has scored so far in the tournament, that being Raheem Sterling.

After winning both the Golden Boot and top Playmaker award for the 2020/21 Premier League season, Kane looked in prime form going into the Euros: but so far he has failed to have a similar impact for his nation. Revealing the reason behind that, and clearing up a few other doubts lingering yet, here is Harry Kane.

On his club career and his future: “To be honest, I feel like when I come away with England I’m just fully focused on England. My brother is my agent, but the only time I’ve spoken to my brother really over the last few weeks is, ‘Good luck, let’s get a win, and let’s take England all the way’.”

“After the games, I’ll have one of the club physios just checking up, making sure that everything is okay, but other than that, not really any contact with Tottenham. I have good luck messages and things like that but nothing to do with the personal stuff with the club really.“

On his current Euros performance: “People are quick to change their mind, it wasn’t too long ago when I won the Golden Boot and I was the best thing in the world, people were raving about you. That’s why I’ve always said, as a footballer, you can’t get too high or too low, you just have to have that neutral mode.

“Self-belief is a huge thing. I’ve always believed in myself. I could go 10, 15 games without scoring but give me a chance and I’d back myself to score it. Like I said, I’m in a good place. Going into Tuesday night, physically, I’m in the best shape of the tournament so far, and that’s what I kind of wanted going into this.”

On his World Cup 2018 performances: “I felt maybe in Russia I started on fire, scored loads of goals, then maybe didn’t have my best performances in the most important games, the quarters and the semi-finals, so coming into this, physically, I wanted to make sure I was peaking at the right time.“ 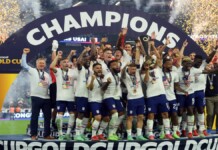 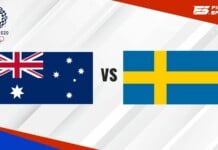