LeBron James, Stephen Curry, and Kevin Durant (in no particular order) are perhaps the three best active players in the NBA right now. LeBron James is known for his sheer ability to impact the game in his team’s favour.

Steph Curry is known for his ability to shoot the ball and revolutionizing the NBA. Thanks to him, 3-point shooting is no longer just for the role players. What used to be a league dominated by big men, he made it one of the guards too.

Kevin Durant is known for his on-court abilities, which probably no other almost-7-footer has. He can dribble, crossover, shoot from ‘3’ well, and mid-range in his sleep.

Also read: Stephen Curry claps on the ref’s face after getting hit on…

How and When it all Started

It became a Steph and LeBron rivalry after they met two consecutive times in the NBA finals – in 2015 and 2016. Curry won in 2015, while LeBron took away in 2016. Curry and the Warriors had become ‘the team’ to beat in the western conference. But, after blowing up a 3-1 lead in the 2016 Finals, the Warriors couldn’t wrap their heads around it.

This LeBron-Curry rivalry was going to get heated. The Warriors had already guessed that they would have to go through LeBron next year again to win the championship. It was a good guess because LeBron’s teams had been in finals for 6 straight times now. The Warriors decided to make some arrangements in order to be ready in due time.

The biggest arrangement was to add another superstar to the roster – Kevin Durant. Durant was already a 1x MVP and had established himself as one of the most prolific scorers in the league. This was a good move by the Warriors. Not only were they able to strengthen their team but they also weakened the Oklahoma City Thunder (OKC). The OKC was one of those few teams that were able to take the Warriors to the limit.

The rivalry continued as Steph and LeBron met the next two years too in the 2017 and the 2018 finals. But this rivalry now had a new name. It was now the Mighty or even Dirty Warriors vs Underdog Cavaliers.

The Mighty Warriors won both these years. This marked the end of the Steph-LeBron finals rivalry as LeBron decided to join the Western Conference in 2018. Just one year later, Kevin Durant would leave the Warriors and go to the Eastern Conference, joining the Brooklyn Nets.

How is the rivalry poised now

Now, with Steph and LeBron in the same conference means no more high stake finals between these two. But that doesn’t mean they will compete in only regular-season games. Last year, LeBron’s Lakers and Steph’s Warriors met in a high stake Play-in game. The Lakers came out victorious over the Warriors.

On the other side, with some fiery performances in the Eastern Conference playoffs, Kevin Durant was being hailed as the ‘best player on the planet’ by the fans and even Giannis Antetokounmpo. That title has been associated with LeBron for the better part of the 10s decade.

So, the rivalry went from LeBron and Curry to LeBron and Curry/Durant to finally now a 3-way rivalry – LeBron, Curry, and Durant. This rivalry will work very differently. Now, LeBron and Curry will have to battle it out among themselves as they are in the same conference. The winner will get Kevin Durant and company in the Finals.

Also read: “The person they should move is Russell Westbrook” – Kendrick Perkins… 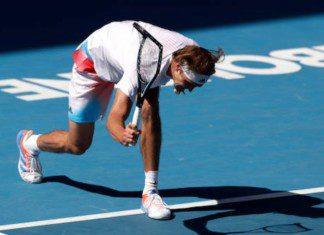 Sarthak Shitole - January 23, 2022
World No. 3 Alexander Zverev is back in his hunt for his maiden Grand Slam title and Denis Shapovalov is making all the efforts...