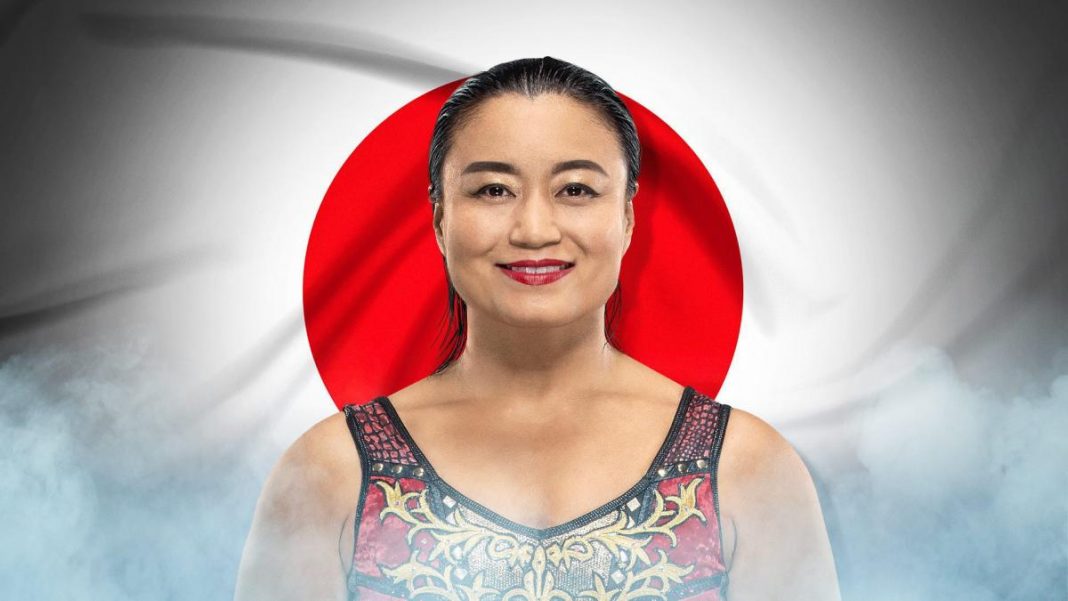 Reports have emerged that Japanese wrestling sensation Meiko Satomura is the latest star to sign a contract with WWE. The 41-year-old Sendai Girls’ Pro Wrestling star will be coming to WWE as both a coach and an in-ring talent.

According to Yahoo, Satomura will be a part of NXT UK, alongside stars such as Piper Niven, Jinny, Isla Dawn. She will be alongside the current women’s champion Kay Ray Lee. If Meiko Satomura competes in a WWE ring in the near future, it will not be the first time that she will be seen on the company’s programming.

In the popular tournament, Satomura battled her way to the semi-finals. She scored three impressive wins. She was ultimately eliminated by Toni Storm.

Meiko Satomura is possibly one of the most recognizable women’s wrestling stars in the world. She is renowned for her lengthy career that has spanned over twenty-five years and counting. Satomura has won various titles throughout her remarkable run. With her impressive background, Meiko Satomura would immediately become one of the top stars on NXT UK.

A current champion in WWE wants to face Meiko Satomura

In September 2020, the current WWE SmackDown Women’s Champion Sasha Banks publicly tweeted that she wanted to face Meiko Satomura in a match. She seemed hopeful that the bout could happen at some point in the future.

Given Satomura’s reputation and Sasha Banks’ status as one of the biggest stars in WWE, the bout could be a dream match for some fans. Now that Satomura could be on her way to WWE, this match looks more possible than ever.

Also Read: “I was the best Heel in WWE during the year 2016”, former WWE star Miro