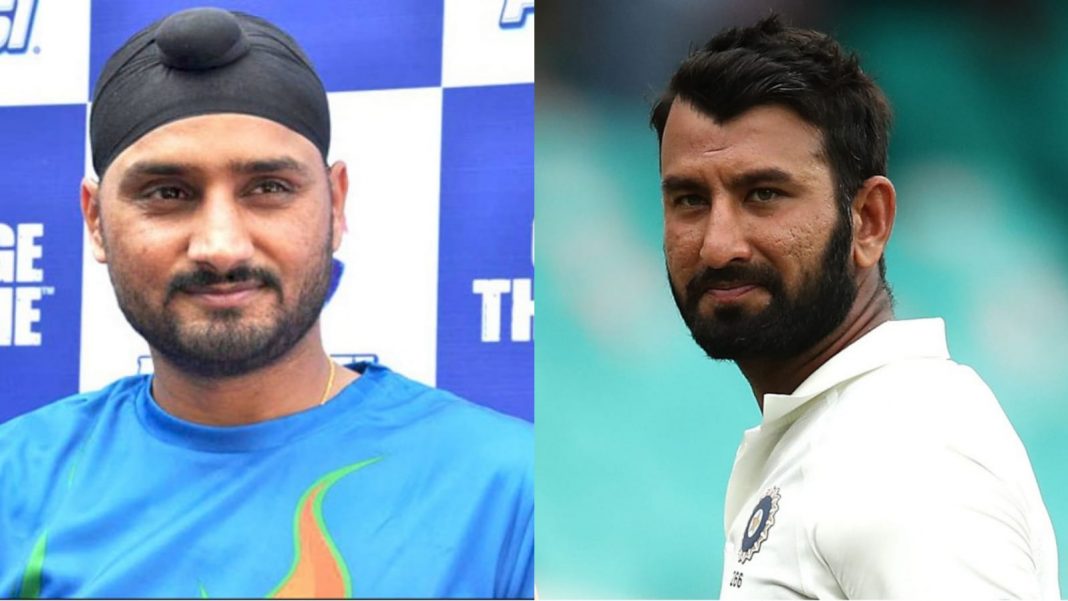 Cheteshwar Pujara‘s contributions for India with the bat in the recently-concluded series against Australia were of huge importance. The No. 3 batsman was a rock in the middle and refused to go down without a fight. The Saurashtra batsman faced over 900 balls in the series and ensured that he put a huge price on his wicket and tired out the Aussie bowlers to allow other his fellow batters to play freely.

Pujara’s doggedness was especially on display in the fourth and final Test at the Gabba where he took blow after blow to his body but refused to play a risky shot. In the end, it was a dodgy LBW decision that got him out but his patient knock ensured the likes of Shubman Gill and Rishabh Pant played with more freedom to take India past the line and seal a famous 2-1 series win while also breaching the famed Gabba fortress.

Former Indian off-spinner Harbhajan Singh spoke to India Today about the importance of Pujara’s contributions saying, “He was fantastic even in the last series. His fifty was so crucial. He held one end up and other people went there to score runs. He’s someone very very important, I will always pick him in my all-time XI because he is the one who lets the others play the way they want to and achieve whatever the target is in front of us.”

The focus for India and Pujara will next be on the home series against England which begins with the first Test in Chennai from February 5. The second Test will also be held in Chennai while the final two Tests are scheduled to be held in Ahmedabad.