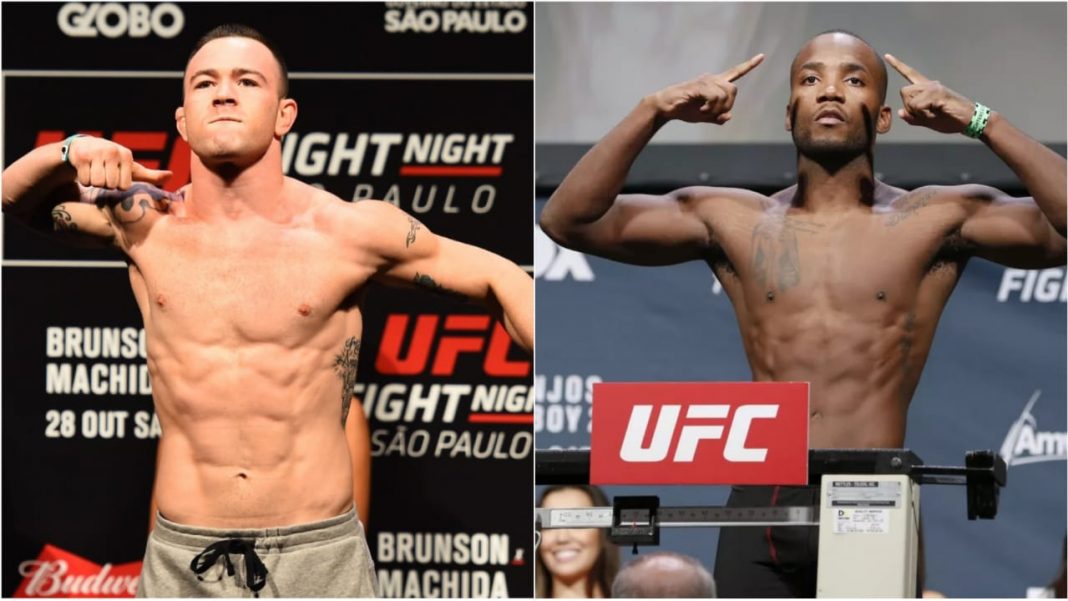 Colby Covington isn’t impressed with UFC President Dana White trying to book a fight between himself and Leon Edwards. The number one ranked welterweight contender has always been wanting a title fight (a rematch against Kamaru Usman), ever since cementing his position as the number 1 ranked contender, after his win over Tyron Woodley.

Speaking to Submission Radio, Colby Covington exclaimed that it wasn’t his fault that Leon Edwards hasn’t had a fight, in almost two years, before going on to add that he wouldn’t be willing to fight guys who’ve just beat a ‘bunch of bums’, although Leon might be ranked number 3.

Colby Covington is coming off a TKO win over Tyron Woodley at UFC Fight Night on the 19th of September, last year. The match which almost lasted to its entirety, ended in the final round, when Tyron Woodley injured his ribs while attempting a guillotine over Colby. That win cemented Colby’s position as the number 1 ranked welterweight contender.

Leon Edwards, on the other hand, hasn’t fought since July 2019. A match against the largely feared Khamzat Chimaev never seems to be happening, even after being rescheduled umpteen times (heard that before?), which is the reason why he has been rumored to take on Colby Covington, as Covington himself mentioned.

For now, it looks like – only a title bout against Kamaru Usman, would suffice for ‘The Chaos’ Colby Covington.