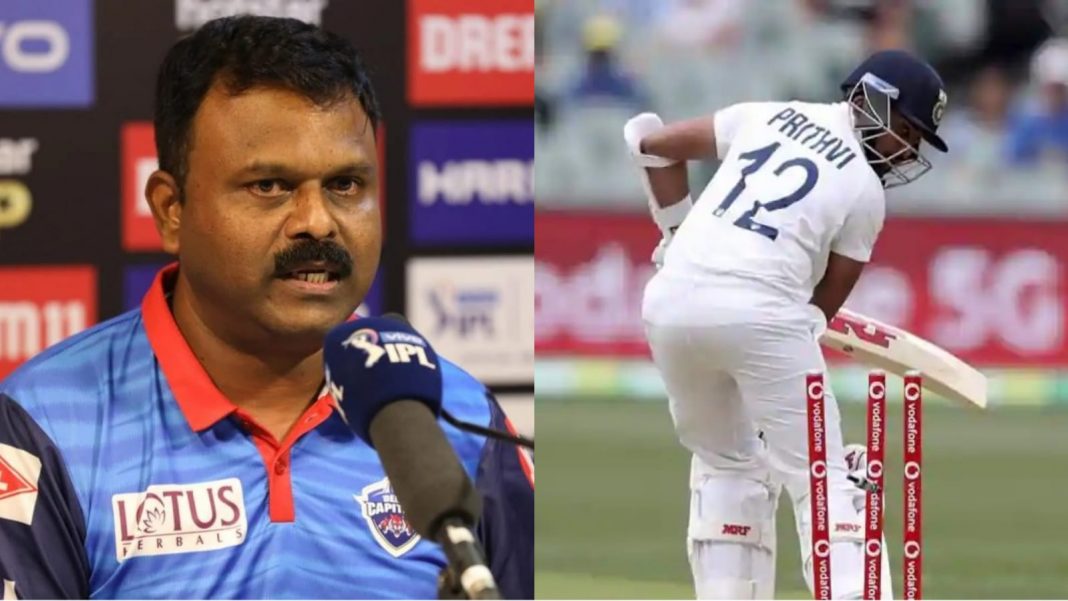 Young Indian opener Prithvi Shaw had a torrid time in the tour of Australia as he became the subject of harsh criticism for his poor run of form. Appearing only in the first Test, he got out bowled for 0 and 4 to similar deliveries. On both occasions, technical shortcomings with his style of batting was exposed as a large gap between bat and pad meant the moving new ball snuck through the gap to dislodge the stumps.

Shaw also had a below-par season with the bat in the Indian Premier League (IPL) for Delhi Capitals (DC) which led to him being dropped and the team combination and batting order changed to accommodate his removal. He has now been dropped from India’s squad for the home series against England and hence, the focus will be on coming good in the domestic circuit and the 2021 IPL if given a chance.

Former Indian cricketer Pravin Amre who is also a part of the Delhi Capitals coaching staff spoke to Mid-Day about Prithvi Shaw’s form. He said, “I’ve known Prithvi from my Air India days, so the bonding is there. We are trying to understand what he needs at the moment rather than telling him what to do. I too believe that Prithvi needs some help. Since there are no red-ball matches now, we’ve started working on his white-ball cricket. Once he goes into the bubble with the Mumbai team either for the Ranji Trophy or Vijay Hazare, we won’t have time to work together.”

“It’s good to see that he’s also keen to work on his batting. We have been analysing his videos. There won’t be any compulsion on him. It will all depend on his agreement to work on certain aspects of his game. But definitely, we are working on his skill and fitness,” he added.

Prithvi Shaw will be desperate to bounce back and show the world as to why he was so highly rated not so long ago.