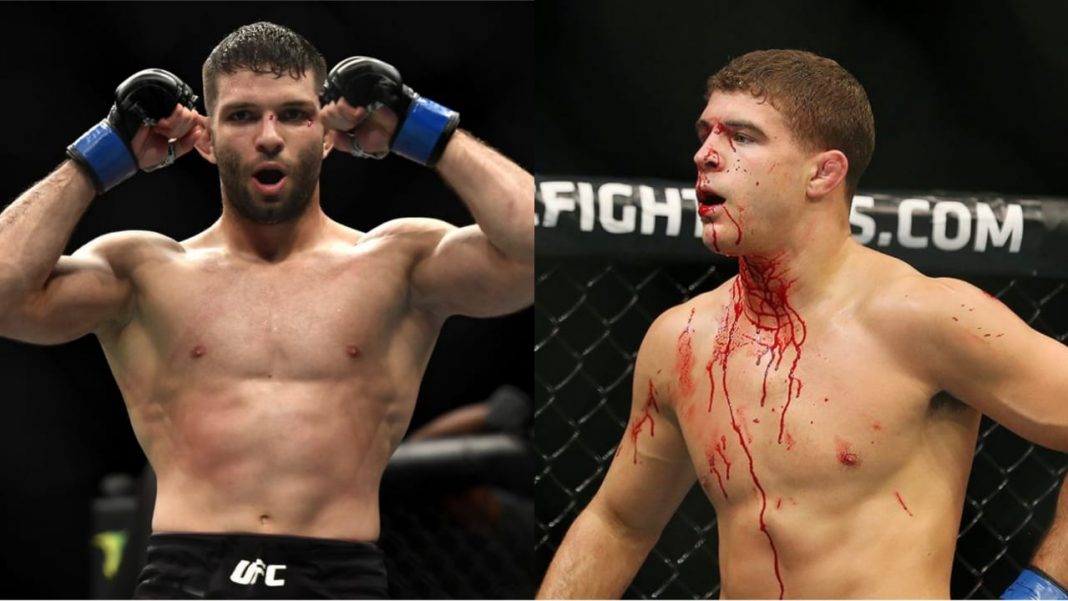 Al Iaquinta has been away from the octagon for almost two years now. UFC fighter, Thiago Moises is making an effort to bring back the veteran to fight him. Moises called out Iaquinta for a fight in 2021 hoping for a response from the “Raging”.

Thiago Moises last fought Alexander Hernandez on the 28th of February. Moises won the fight by unanimous decision. Thiago is coming off 3 wins from his last three bouts. The wins coming off against Bobby Green and Michael Johnson. The lightweight fighter has a record of 15-4-0 in his career as a professional.

Thiago Moises has been calling out Iaquinta even before he fought Hernandez. The veteran didn’t seem interested though. “Congratulations Thiago Moises,” Iaquinta wrote on social media. “A fight against Rafael Fiziev is a great matchup. I will help you find that house.”

Moises surprised with Iaquinta’s reaction said, “He’s the matchmaker, he sells houses, but he won’t fight” in an interview with MMA Fighting. “I think he should fight. It’s been a while since his last fight. I think it would be a good fight for both of us. I’m coming off three wins, so I believe I deserve a fight with him.”

In his last 4 fights, Al Iaquinta has lost 3. He faced a trio-loss via decision against, Khabib Nurmagomedov, Dan Hooker, and Donald Cerrone. After he rejected Thiago’s offer, “I think he should accept this fight,” he said. “He’s been out for a while. If he doesn’t want to fight, the UFC should remove him for the ranking because he’s inactive and he’s holding the division.”

Moises also spoke about his last week’s performance and believes he was levels above Hernandez. “He thought he was going to do the same thing to me, said he would win in the first round, but he forgot I’m not at the same level as his last opponent.”

Also read “Everything is going to change,” says Islam Makhachev as the lightweight fighter is ready to carry Khabib’s legacy

Sudip Kumar Sahoo - April 11, 2021
Chrono is a very popular character in Free Fire and many players use him in their games. However, in this article we take a...